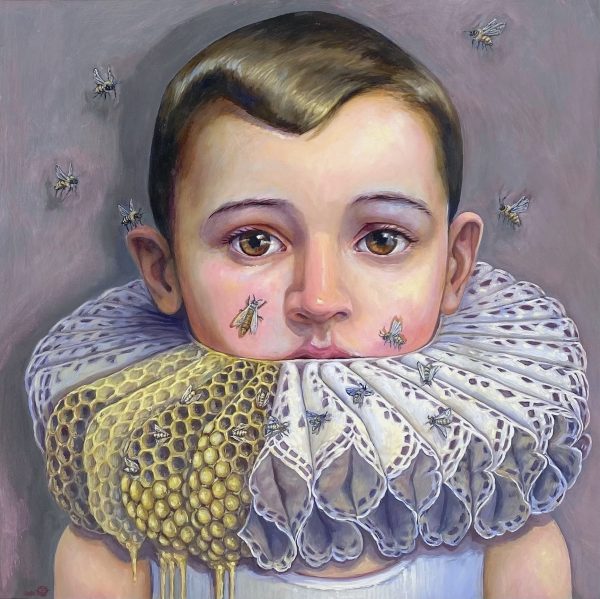 A Game of Drones

The Speak No Evil series of paintings & drawings depict children wearing Elizabethan ruff collars higher than we usually see them. Rather than in their usual location worn around the neck, these are placed around the subject’s mouths.  This idea derived from the common old saying “children should be seen and not heard” and from the ancient Japanese proverb of the Three Monkeys many of us learned as children “See no evil, Hear no evil, Speak no evil.”  The paintings in the series all contain another symbolic element such as eyes, birds, bugs…etc. to perhaps give another layer to the story.

The series hopes to conjure many ideas and emotions from the viewer, each bringing their own childhood experiences to the work, or perhaps experiences with children in their lives. What I, as the creator of the series hopes comes through to each person who sees them most is; if you look carefully enough, even without the ability to speak, you can still “hear” what they are saying.