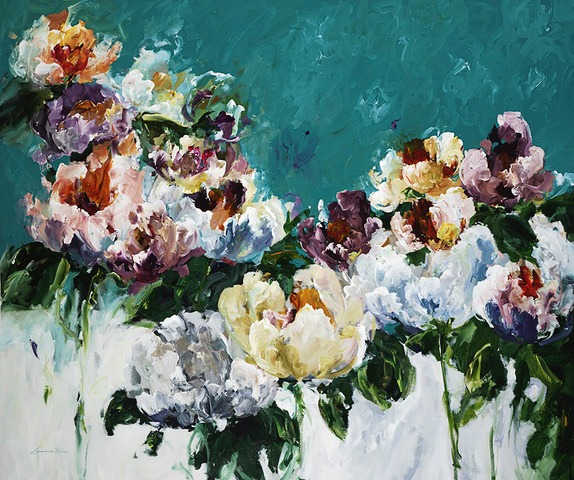 While Rossi has spent most of her adolescent and adult life in Atlanta, Georgia, her roots go back to Italy. Leonarda’s parents are originally from the small walled city of Urbino. She is an only child, and was raised solely by her father as her mother died when she was a young girl. Her father kept Leonarda close by at all times, and they painted alongside one another to keep each other company.

Leonarda’s single most influential moment to aspire as an artist came when she discovered an old portrait of her mother that her father painted many years prior. Up until that time she had never seen her mother’s face before. Despite the age of technology, a photograph had never been taken of her. Rossi claims that even if there had been one, she doesn’t suppose it would have offered the same deep sentimental value of this particular portrait. Knowing it was painted by loving hands and with caring thoughts, she cherishes it to this day. This is the power of art.

Rossi has no formal art training. Against her father’s encouragement to attend art classes, she argues that schools will teach for the masses. Traveling paths less known speaks to Leonarda’s heart. She believes in organically navigating the arts and that it will offer great possibilities of self-discovery.