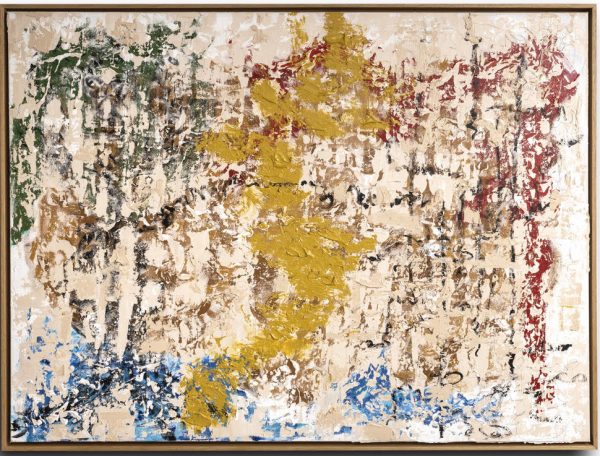 Zammy Migdal, born in Tel Aviv, Israel, served in the Israeli Army, from 1975-79. Since 1980, lives in Miami, FL. Before devoting his life to Visual Art, as a B.A. Hospitality Management from Florida International University, he was general manager and partner at Indian Creek Hotel, Miami Beach, winning awards for restoring the hotel to its 1930s glamour. He has a big interest in the Arts, being their supporter: 2002-05, Board of Directors of Maximum Dance; 2005-09, Board of Directors Member of Ballet Gamonet and 2006-09, as its President; 2008 to present as Member of Miami-Dade Art in Public Places Trust. At Lincoln Road’s Art Center of South Florida, he studied art in metal with Carolina Sardi and Daniel Fiorda. In 2005, as a full-time sculptor developed his artistic creativity in self-standing sculptures and wall installations. His abstract art depicts images from his imagination that he wants to share with others. Three-dimensional creation always interested him. He brings life and motion to new or recycled metal, connecting his works to each other, as their textures reflect an inner world of fertile vital imagination. His first Abstract Series Tropical Metal, inspired by the plants in his garden, was followed by Square Chain and Construction Series, motivated by our environment’s construction. A visit to Morocco inspired his Levitation Series. In his Turbulence series, he made viewers visualize motion over each metal piece, some like imaginary wooden surfaces in contrast to others looking like metallic boiling elements, to remind the Universe’s changing evolving nature composed of opposite forces that create the equilibrium for unexpected peaceful end results. Moved by nearby nature and people, he expanded creating new shapes, reaching balance, essential form, and grace, obtaining the equivalent of perfection of any form of Art. Raw materials and powerful images assembled by Zammy create vibrations by penetrations, provoke contrasts, inner spaces, and deep holes projected to the infinite, while metal filter the backgrounds as these works become intriguing beauty. Composition, equilibrium, and balance are qualities of his Art. At once we experience the effects of color, form, and symbol. In the Series of Polygon Graffiti, he combines geometric shapes that interact to represent non-real objects based on real images and experiences. In his poetic artworks, inspired by his life and travels, nothing is left to improvisation. Assembling artistically designed elements on a flat surface, he transforms it into a rich surface plentiful of texture and color to interact among metal elements, backgrounds, attaching pins, space, light, and shadows.

Raw materials are used without additional decoration. In recent work, a new ingredient appears on top of the raw color-coated material. A simple metal stripe becomes a unique vibrating element under the masterly creative act of the Artist. For Zammy, emotion is paramount in the symbiosis of abstraction and feeling. He depicts emotional instants of life using paint, wood, metal, acrylic, creating a variety of textures, colors, and visual effects to suggest stress, torsion, equilibrium or pain. At Scope Art Fair Miami, he portrayed not only an image but an event. After a hit-and-run driver rolled over his foot as he crossed the street, he used Art to replicate the life experience of his reconstructive surgery and months of rehab in ZMM @HSS Series created when he got back on his feet, born from the X-rays of his damaged foot that he transferred on canvas, stretched over wooden boxes, topped with metal and painting to express his pain and revival. Zammy said: “Life changes in a split second. It happened so fast. From happily walking across the street to finding myself on the pavement with excruciating pain… I am not going to let the injury define me, I’m blessed, and I’m having fun. Art was always within me!” “I create sculptures that transform spaces and walls into shapes, colors, and shadows. Every piece is strong, clean, often undulating, and at other times straight clean lines. In my work, energy flows to form clarity of any purpose. While water and words are easy to pour and impossible to recover, metal shapes into form. But, it is the emptiness inside the forms that hold the shadows.” At Art Santa Fe, Zammy presents two distinct creative walls assembling unique metal pieces, using color in For Ever Foliage or monochrome in White Trail, that will create a great attraction. His widely exhibited Art is in homes, businesses, and public spaces worldwide, from Hong Kong to Las Vegas, or closer to home at Temple Beth Am, Pinecrest, Bloomingdale’s, Aventura, and Miami Dade College, Hialeah.

At the present time, the artist has a Solo Show called “Internal Know” at the Coral Gables Museum, Miami, Florida