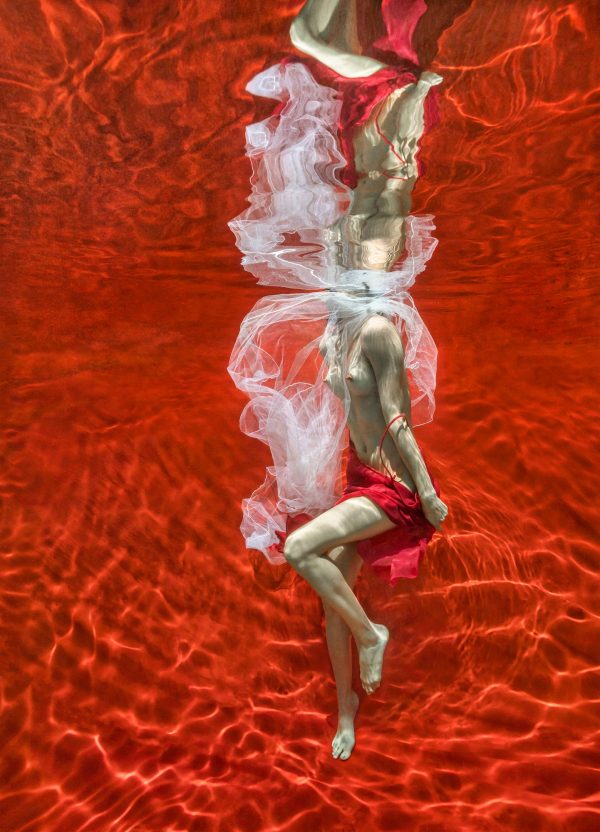 An underwater photograph of a topless young woman with white tulle scarf taking off her red skirt on bright red background.

Alex Sher is a contemporary underwater fine art photographer whose admiration of feminine sensuality heralded him to worldwide acclaim. Sher’s photographs have been printed in prestigious magazines, displayed by the greatest galleries and museums.

Alex Sher was born in Ukraine and moved to America with his parents in 1995.  He currently lives in Los Angeles, California.

Sher’s first underwater works emerged in 2013.   In 2015 Sher’s photographs were exhibited in Paris at the Louvre Museum and later by museums of London, New York, Los Angeles, and other metropolises. His first personal exhibition was held in 2016 by the Bruce Lurie Gallery.