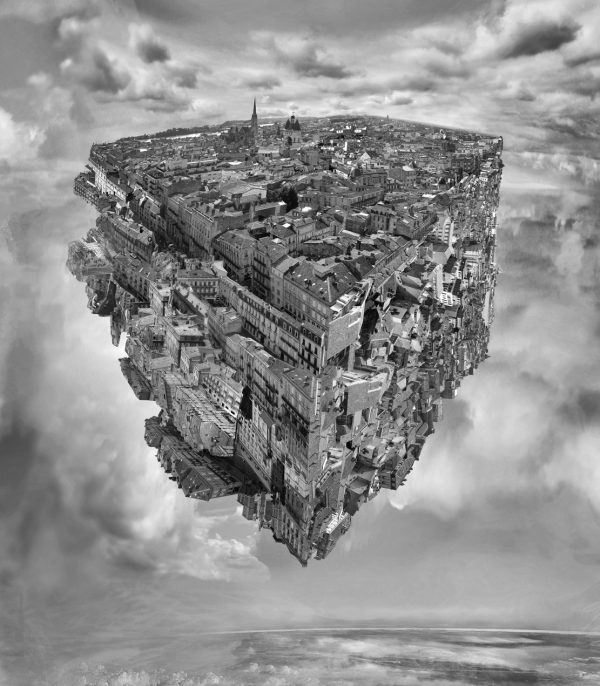 Julio Brujis studied Art at the Pontificia Universidad Catolica del Peru, Lima, 1995/96, attended Byam Shaw School of Art, London, 1997/2001, obtaining BA and PG in Fine Art, attended the Royal Academy of Arts, London, 2002/05 obtaining PG in Fine Art, and a Fellowship in Digital Technology in 2005/07, and was Artist in Residency at Wanderlust, Bangkok in 2008. Brujis obtained The Landseer Award in 2004, and The Keeper’s Prize in 2005. His Art has been published in Alley Magazine, 2002; Time Out London, in 2005; Sunday Telegraph, The Independent, in 2006, and Next Level Magazine, 2006/07; Bangkok Post and Fine Art Magazine, Thailand, and Platform for Art, Art on the Underground, London, 2008. His works are in the Private Collections of Paul Smith LTD, Bupa, Petro-Canada, Ernst & Young and Gam. Brujis exhibited: in 1996, Lima, Exposicion Consejo Internacional de las Artes; in 1997, Sol y Armonia, Galeria Cecilia Gonzales; in 2002, Highgate Gallery; in 2003, London, Bangkok-Lima-Zurich-Archway, Baroque & Roll at City Radio Cars, Still moving at Kingsgate Gallery, and 9 to the power of 9 at Rajabhat Institute Suan Dusit, Bangkok; in 2004,London, Summer Exhibition and Premiums at the Royal Academy of Arts, Catharsis at Kingsgate Gallery; in 2005, London, Tertulia, The Arts Gallery, and Platform for Art, Piccadilly Circus; in 2006, London, Making Space, The Banquet at The Crypt Gallery, The London Art Fair, Project Room, and Phoenix Gallery, Edinburgh; in 2007, Fils de…, France, AAF, New York, and XTal Gallery, Fukuoka, Japan; in 2008, Bangkok Art and Cultural Center, Hof Art, Bangkok, and Mark Jason Gallery, London; in 2009, London, Summer Exhibition, Royal Academy of Arts and The London Art Fair; in 2010, Winterthur Fotomuseum, Switzerland. The Art by Julio Brujis opens a new view for Surrealism, a style including Artists that create astonishing images with photogenic precision, using elements of surprise and depicting techniques for the unconscious to express itself with the aim to solve the contradiction of dream and reality into an absolute super-reality. Surrealism began in the 1920’s,Paris, expanding worldwide influencing visual arts, literature, film, music, language, political and social theory. Before computers, the effects for Surrealist Photography were done with the camera or by darkroom manipulations. Today, Photoshop or new post-processing programs produce Surrealist images relevant for their unique vision and artistic quality. Among Surrealist photography Man Ray, 1890-1976, famous photograms that he called rayographs, were photographic images made in a darkroom without camera by just placing objects on a photo paper exposing them to light. Once the paper developed, white shapes appear instead of the objects. Ray created influential images using solarization, double exposures, montages and combination printing. Like Ray, Maurice Tabard, 1897-1984, used solarization, double exposures and montages to create eerie images, as a room with an eye or a lady transforming as a tree. Swedish Erik Johansson, born in 1985, when post-processing techniques were largely used, was interested in drawing and computers created with great imagination beautiful surreal images testing diverse techniques on photographs used as his canvas, where he depicted surreal scenes to seem as real. Young self-taught photographer Stephen Criscolo edited images with Photoshop, to look as coming from a fantasy planet conceived inside his mind with Jellyfish and planets over monochromatic images.

About Julio Brujis Art, Kristin Posehn, Education Program Coordinator Photo-London, says: “Julio Brujis creates large-scale digital images of landscapes that are modified from an original panoramic view into an open, multi-horizon expanse. Touching on notions of illusion and representation, he questions our perception and traditional depiction of the landscape as two-dimensional images. These images of fantastic idealized worlds combine a sense of contemplation with an intriguing touch of vertigo.”

Represented by Contemporary Art Projects USA, Brujis participated in the Pre-Art Basel Miami Week Exhibition: ART from Our Earth, the Sea and the Sky at the ArtsPark Gallery of Hollywood, FL, and at Red Dot Miami 2018, he is exhibiting his masterly innovative Bordeaux-cubed exquisite photography.