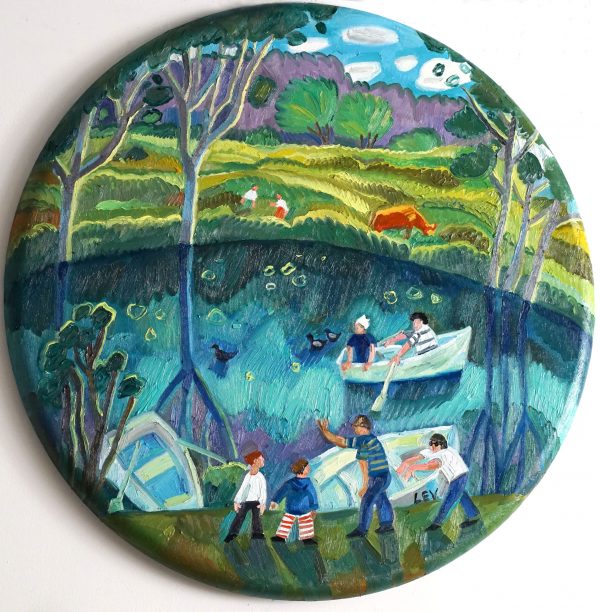 Her works were exhibited in numerous solo exhibitions in Russia, Germany, France, and the United States.

The folklore vision of the artist is a complex rethinking of urban folklore, children’s drawing, and her own national identity.

The transfiguration of the world in the paintings of the artist reflects in everything. First of all, in the conditional space, flattened, built in vertically parallel plans. The decorativeness of the plane is preserved even when the transformation of perspective is obvious. The architectural environment as part of the picture is subjected to deformations in proportions and shapes, and becomes flexible, vibrant, and even humanized. In its color and form, it begins to resemble a fabulous, fictional architecture with its lax, arbitrary scales. According to the laws of such a space, not only the chamber of buildings but also French palaces and New York skyscrapers look warm and cozy.

Sometimes the hidden drama penetrates the emotional fabric of the pictures, but Elena prefers to release into the world, not fears and complexes, but sympathy and kindness, therefore the main quality of her pictures remains the infinite love of all the variety of life manifestations and the desire, at least in her pictures, to turn the whole world into a place where happiness and harmony prevail.