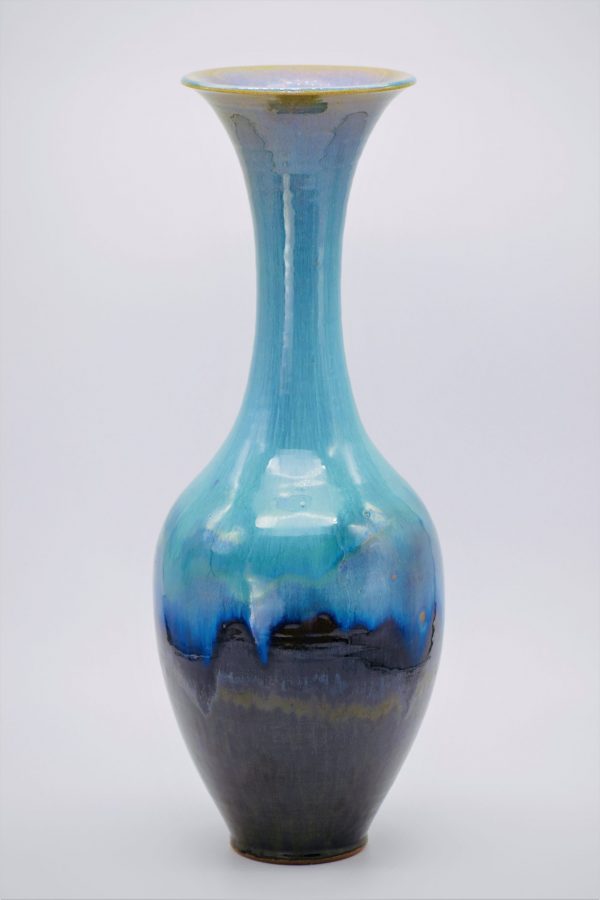 Toshi Munakata is a Japanese ceramic artist who is inspired by the nature of his homeland in northern Japan. He is a ninth-generation potter, as his ancestor started his kiln in 1719. According to Toshi, he was lucky because he was able to learn the basic techniques of pottery making, such as refining clays, throwing a potter’s wheel, and glazing and firing pottery. His style contrasts with those of his father and grandfather, which are solid and massive works of traditional style. He aims to create works with elegant shapes and delicately colored surfaces.

Toshi is excited to show his art works at the ArtExpo New York, as they differ from the long-established tradition of works made at the Munakata kiln. Living in a cold region, he tries to give form to his longing for spring by creating jade green vases and bowls.

Toshi is well known to Japanese because he has exhibited his works in a variety of major art galleries in Japan. He is also known to Chinese because he won the Silver Prize at the 2nd China Tea Ware Contest in Jingdezhen in 2018. This solo exhibition in the art fair in New York will be his US debut.