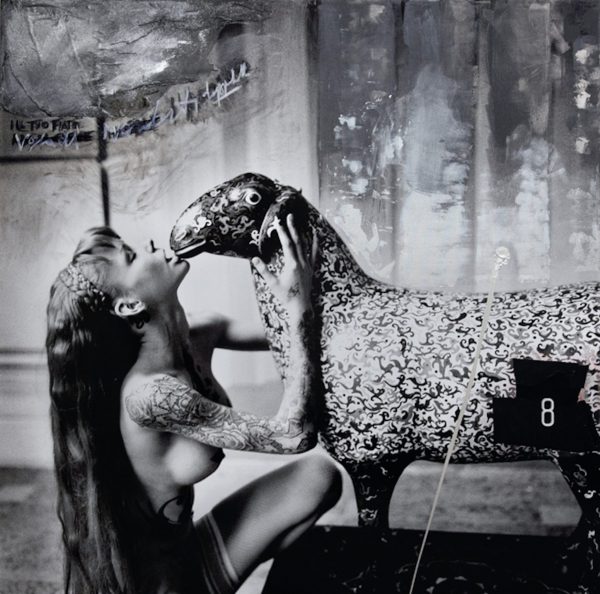 mixed media photography with elements of collage on canvas.

Francesca Galliani is inspired to create art that touches the soul; that empowers people through the act of being oneself; that celebrates the experience of the human condition in all its complexity and expression, and that finds beauty outside the conventions and traditions held by the mainstream. The message is one of justice, empowerment, liberation, and love.

She’s always been interested in socio-political themes for her work, which acts as the catalyst for awareness and hope. As an artist, she has embraced a responsibility to defend freedom of expression, basic human rights, and civil and political liberties—all of which are still suppressed in modern society.

Her creative edge never ceasing to evolve, Galliani soon distinguished herself as an internationally respected artist ranging from photographic analog media with manual intervention of toners to mixed media with her signature use of painting and collage used on her own photographs. The international fine art world has embraced the unique emotion of Galliani’s work and she has been exhibited extensively across the globe.