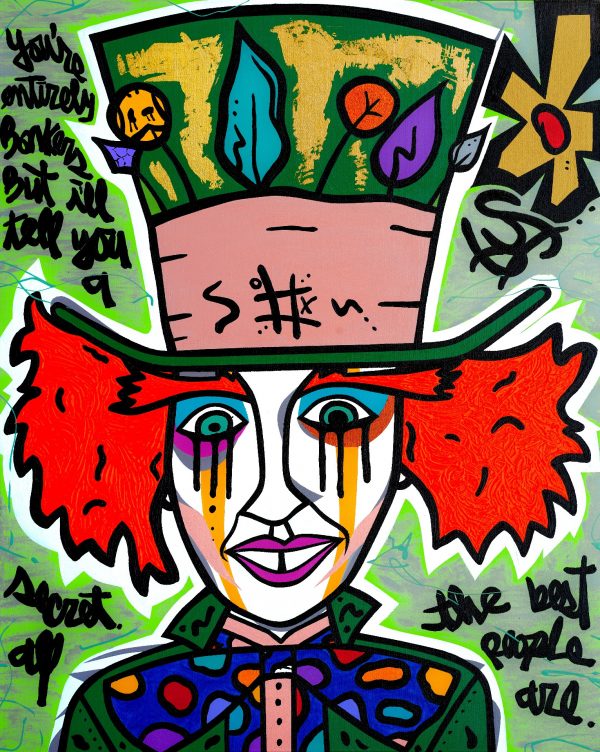 Mad as a Hatter

The literary work “Alice in Wonderland” and specifically the character “The Mad Hatter” inspired GusColors’ interest from a young age. However, it was its most recent cinematic interpretation that led to the creation of this GusColors original.  What many don’t know is the term “mad as a hatter” comes from the middle ages when hat-makers used highly toxic mercury nitrate in the hat’s rim. The people who made these hats would often suffer poisoning which would make them act oddly.

GusColors uses tears to showcase the range of human sentiment. Crying is the only expression that can describe 3 emotions to the fullest – pain, anger and happiness.  GusColors leaves it open to us to speculate on the character’s true feelings.