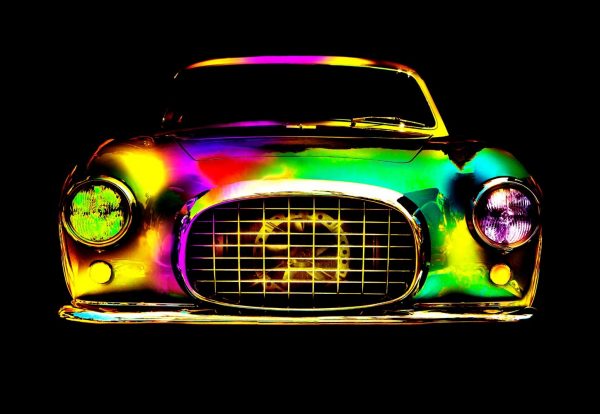 George Saitas has a unique ability to see the extraordinary in the ordinary.  He uses photography to create a story, telling his version of reality. One of his favorite storytelling techniques is using psychological layerings in his images that act as time-bombs in the viewer’s unconscious, each layer triggering a free-association within their minds at later intervals, ‘awakening’ them each time to a new way of seeing the same subject matter.

Saitas grew up between Brooklyn, NY and Athens, Greece and now resides in Colorado with his family. Having a natural affinity for the arts at a young age led George to Parsons School of Design in New York City where he enrolled in the Photography Department receiving numerous Scholarships and ‘Best Portfolio’ Awards throughout his four years of study, subsequently earning him a BFA in Photography in 1999.

For almost 25 years George’s Commercial Editorial and Advertising CAR & TRAVEL Photography has adorned the pages of over 50 publications worldwide, most recently in The Official Ferrari Magazine, OCTANE, GQ and NPR CarTalk , and including over 10 years as a contributing artist for AUTOMOBILE Magazine.  Additionally, his work has appeared in media such as National Geographic, The New York Times, STUFFMagazine, CAR, EVO, Conde Nast TRAVELLER, The Robb Report Collections to name a few.

“The car photography of George Saitas takes the art form of the automobile to another level. With a commanding control of color and an artist’s appreciation of form and detail, Saitas takes the viewer on an always vivid, sometimes surreal, ride with his work, celebrating the beauty most obvious as well as that hidden within.”
– Jamie Kitman, Automobile Magazine, New York Bureau Chief, and columnist

“Automotive fine art introduces itself in a new form with the iconic and interpretive work of George Saitas. His use of light and mastery of form is combined into creating an art collector’s milestone.”
– Rick Barnett, Art Business News | Editor

BOOK SIGNING AND SPEAKER
Speaker on the panel and book signing for the event
‘Restoration and the art of the automobile’ at the Petersen Museum
Los Angeles Sept. 10th 2016 where the book ‘Ferrari 275 GTB #08011’ was the subject of the talk.