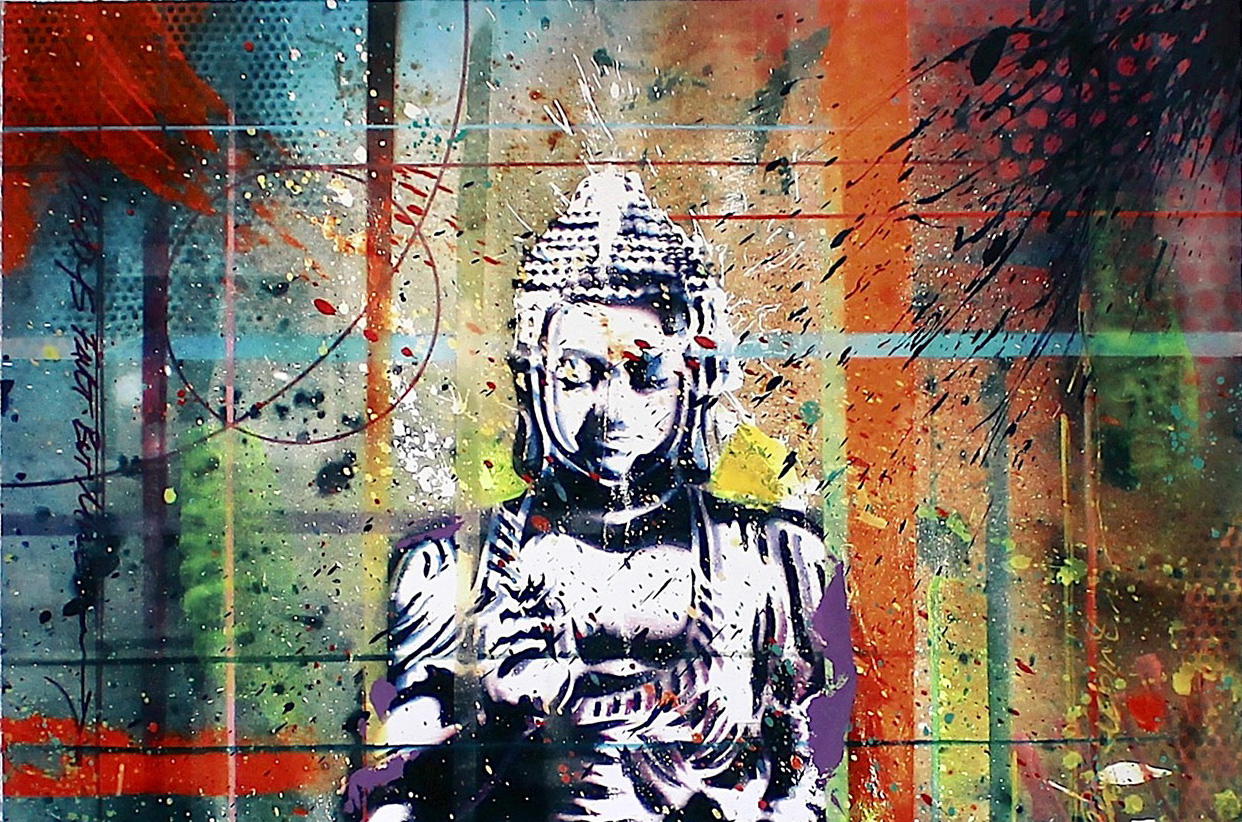 Multi-talented fine artist, sculptor, and graffiti pioneer Kelly “RISK” Graval has been synonymous with the Los Angeles art community for over 30 years. Risk has solidified his place in the history books as a world-renowned graffiti legend and contemporary artist. From his early days as a founder of the West Coast Graffiti movement to gallery and museum exhibits around the globe, Risk has transformed from a street artist to a rising star in the contemporary art world. His work has been shown in top galleries in LA, San Francisco, Toronto, New York, Miami, and London.

His work has also been featured in major museum exhibits including the 2012 “Art In The Streets” at the LA MoCA and the hugely successful “Beyond The Streets” exhibits in Los Angeles and New York. Risk has been compared to the Ferus Gallery movement by art academia.

Risk explains: “Being called the new generation of the Ferus movement is the biggest compliment anyone could give me. They have been a huge inspiration to me. I have had the opportunity to meet and work with some of the original Ferus Gallery artists, Including his hero Ed Moses.”

Additional Info – Buddha Series: Risk first started painting Buddha’s at the request of legendary Talent Manager Shep Gordon. Gordon managed groups that include – Pink Floyd, Alice Cooper, Blondie and Jimi Hendriks. Gordon commissioned a painting from Risk many years ago. During the process Gordon explained Buddhism to Risk. Buddha’s have become a recurring theme in Risk’s paintings. The color palates used in the paintings are the original color palate Risk used as a graffiti artist. In the 1990’s Krylon Paint produced a series of spray paint called “California Colors”. The spray paint line was bright neon colors. Risk used those colors in graffiti and still uses that color palate today.

Additional Info – Anarch to Monarch Series: Risk ran away from home at age 16 to become a graffiti artist. His early years were spent doing graffiti in the roughest parts of LA. he describes those times as his “Dark – Anarchy Times”. Years later, Risk lives on a two acre compound in Ventura County CA with his four daughters. He says this is a “celebratory” time in his life. The Butterflies are symbols for his daughters and a brighter future. He incorporates his graffiti tag and original “California Colors” – color palette in his paintings which he describes as evolving over the years from “Anarch to Monarch”. 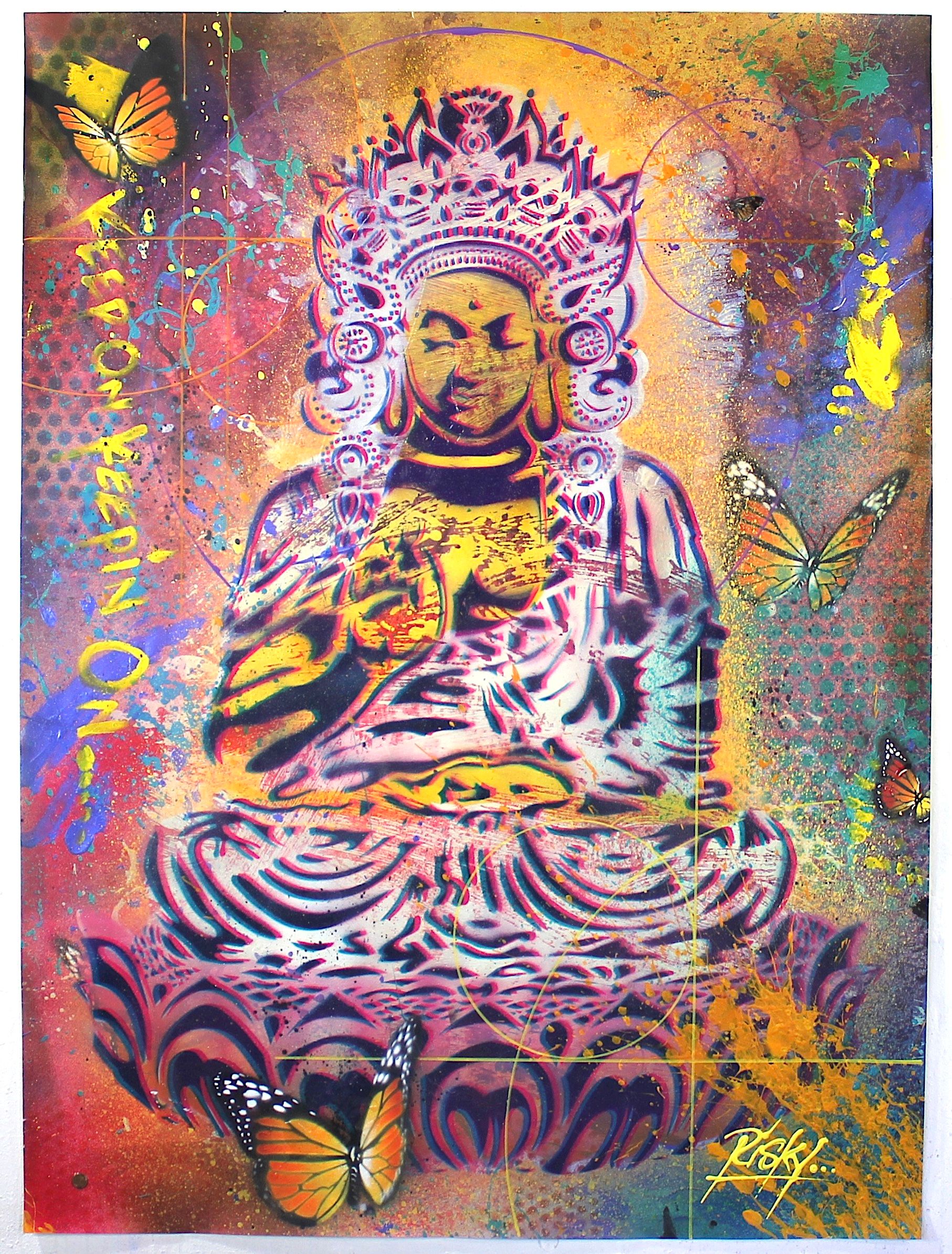 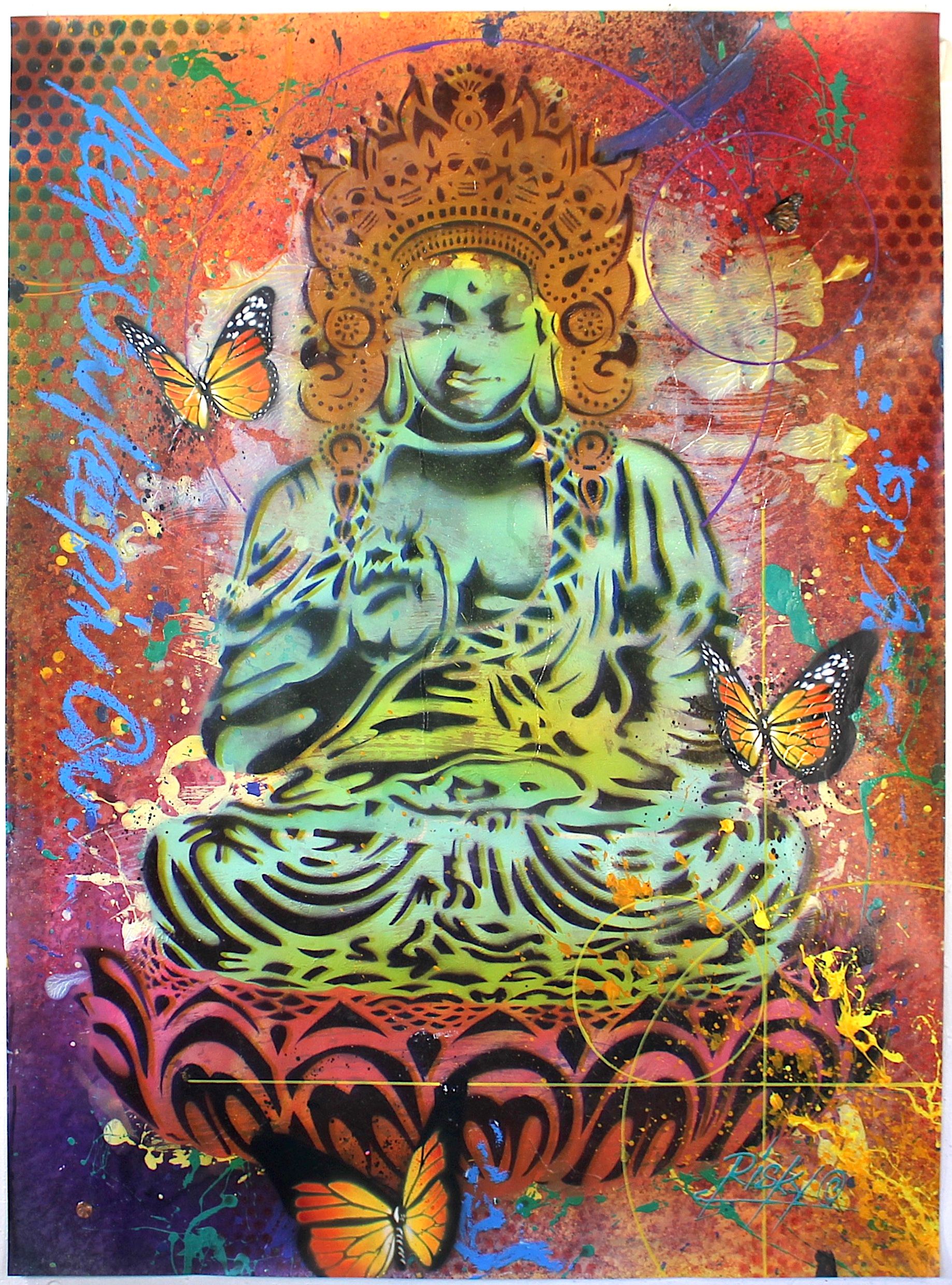 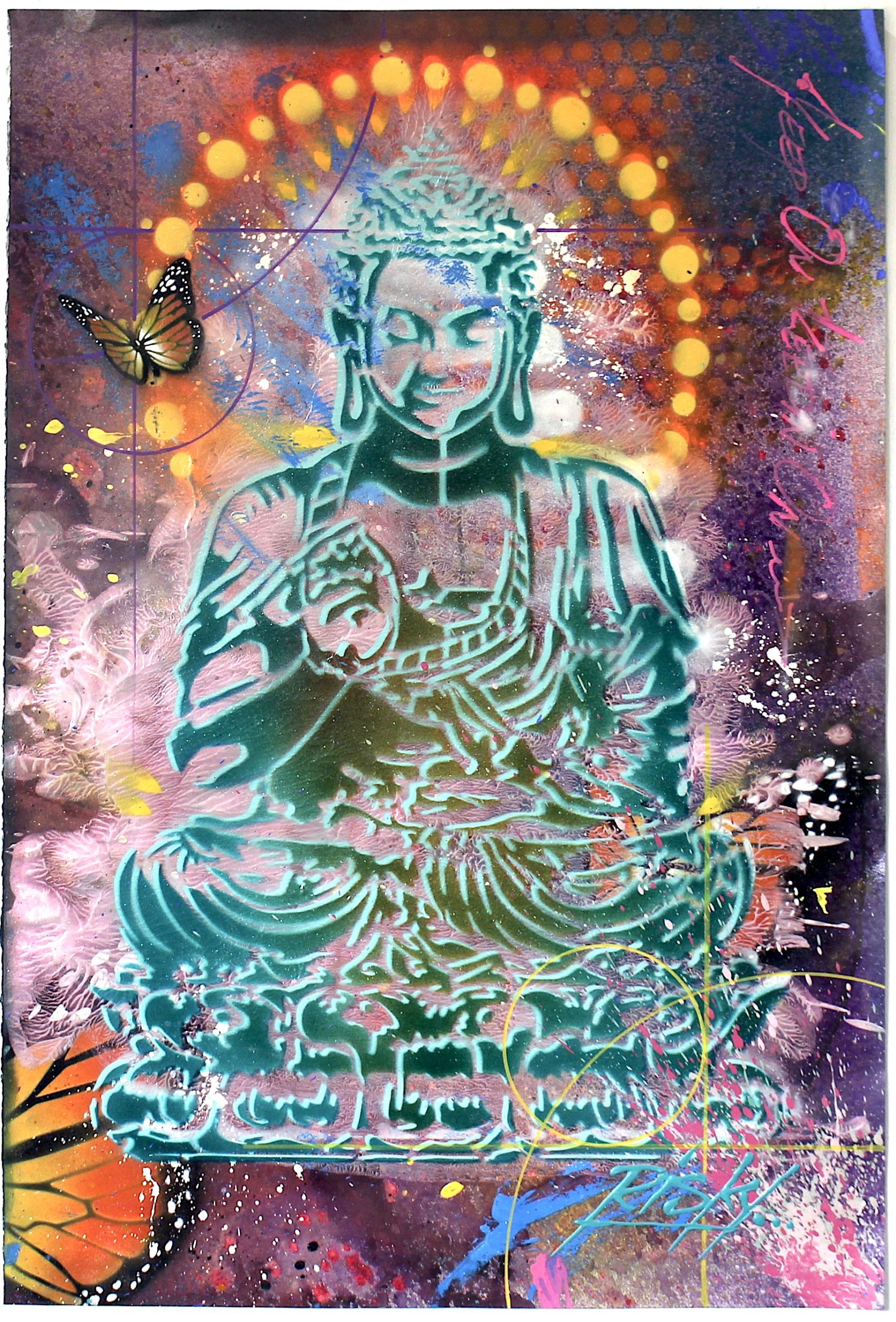 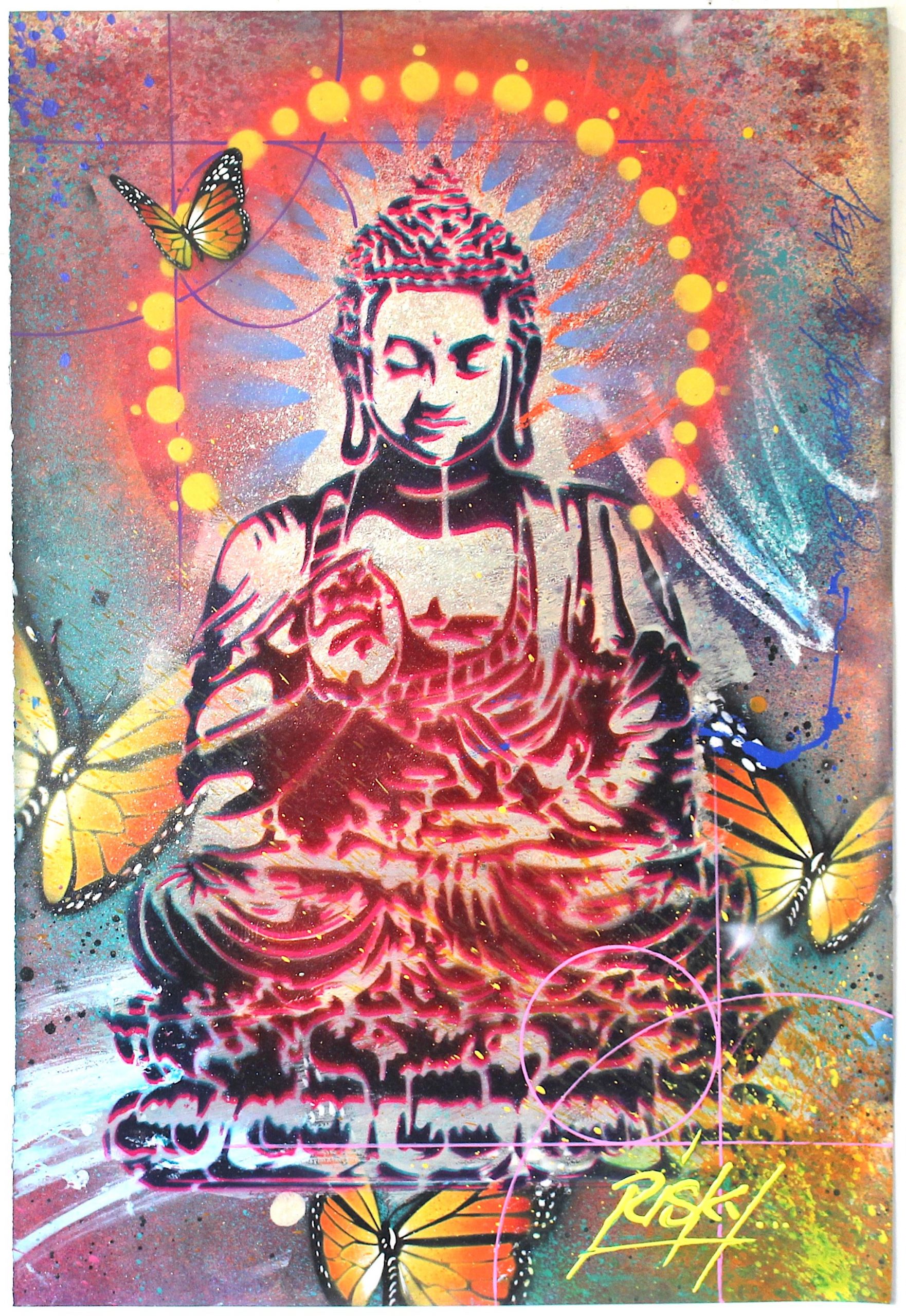 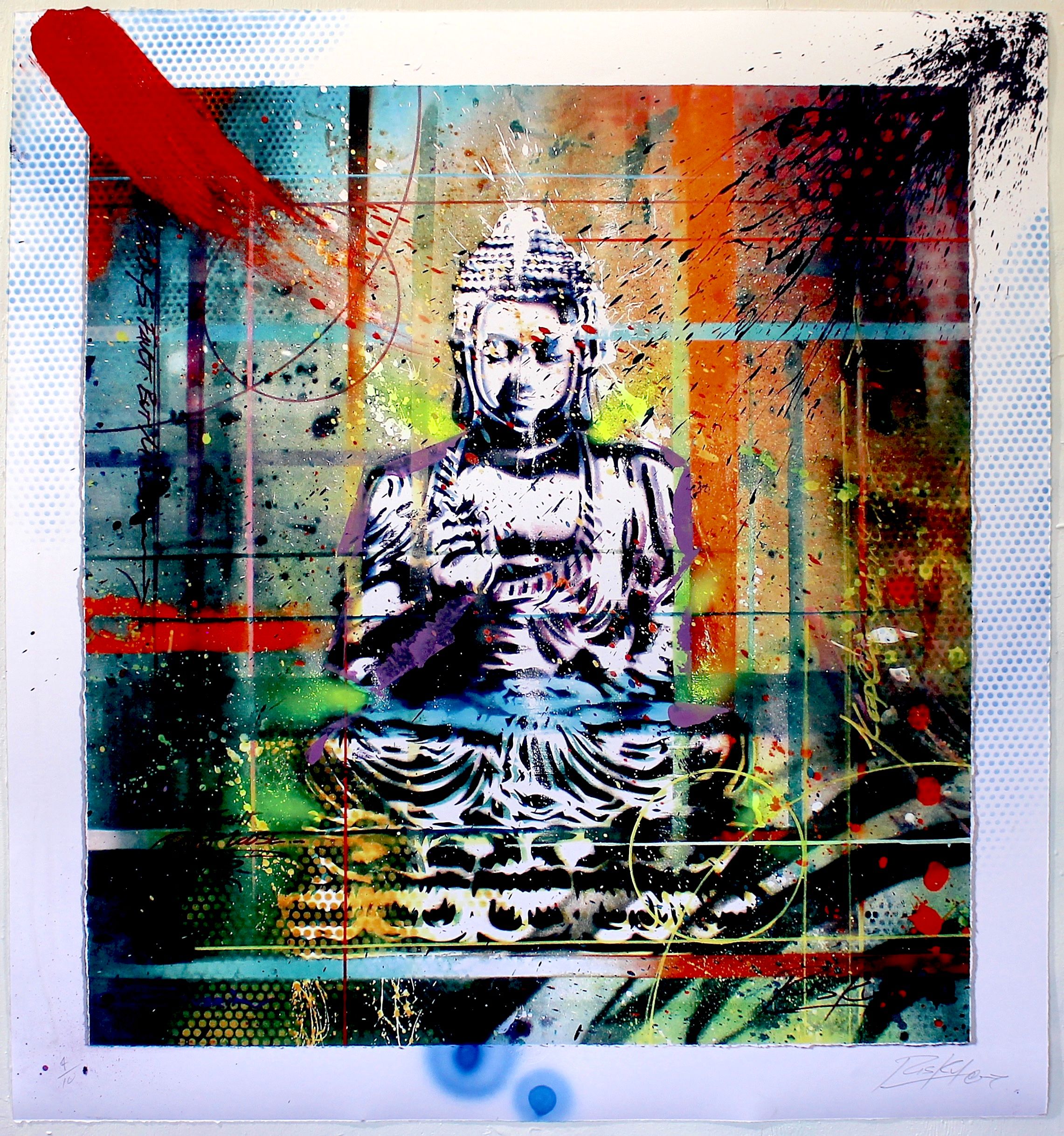 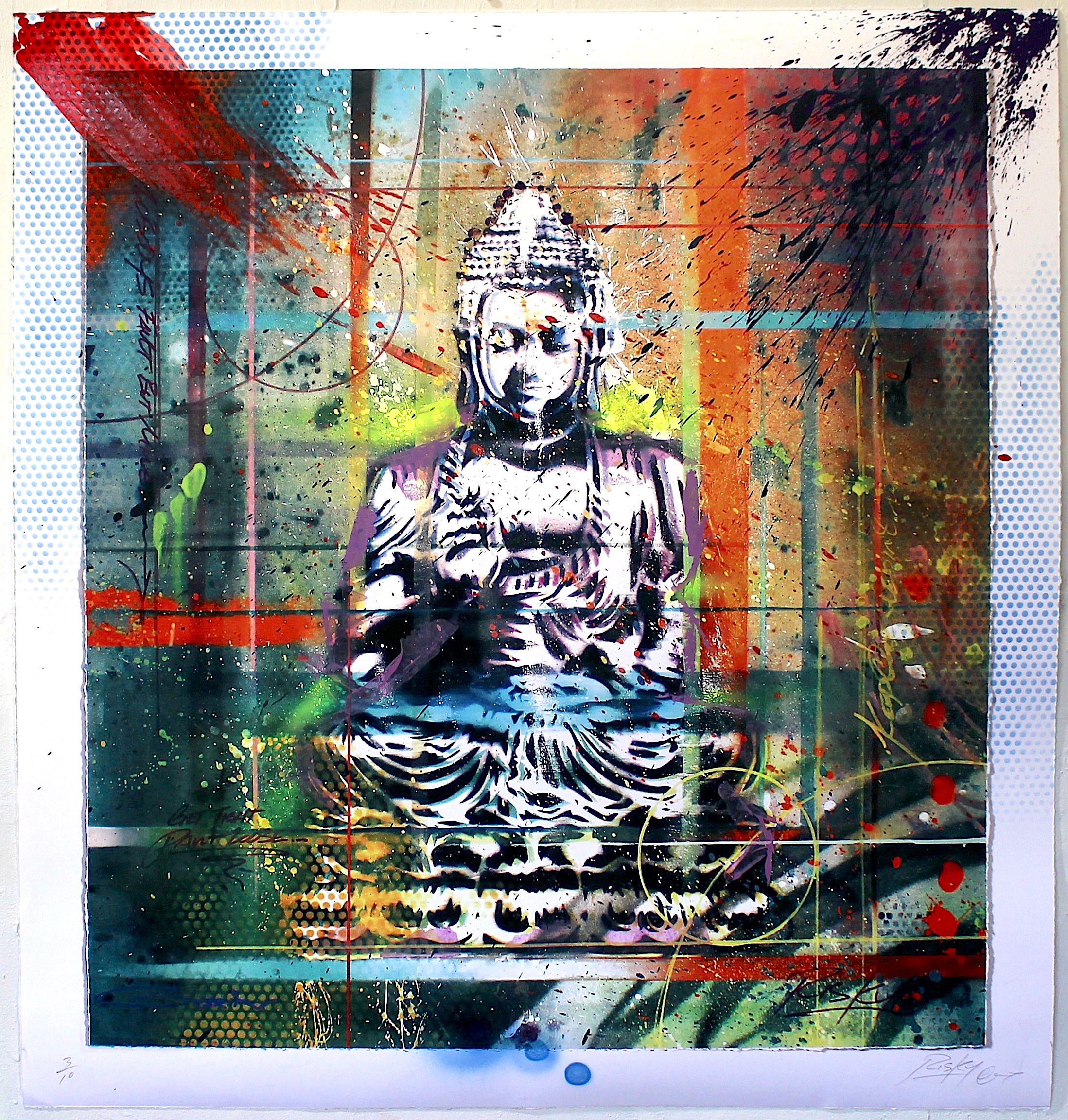 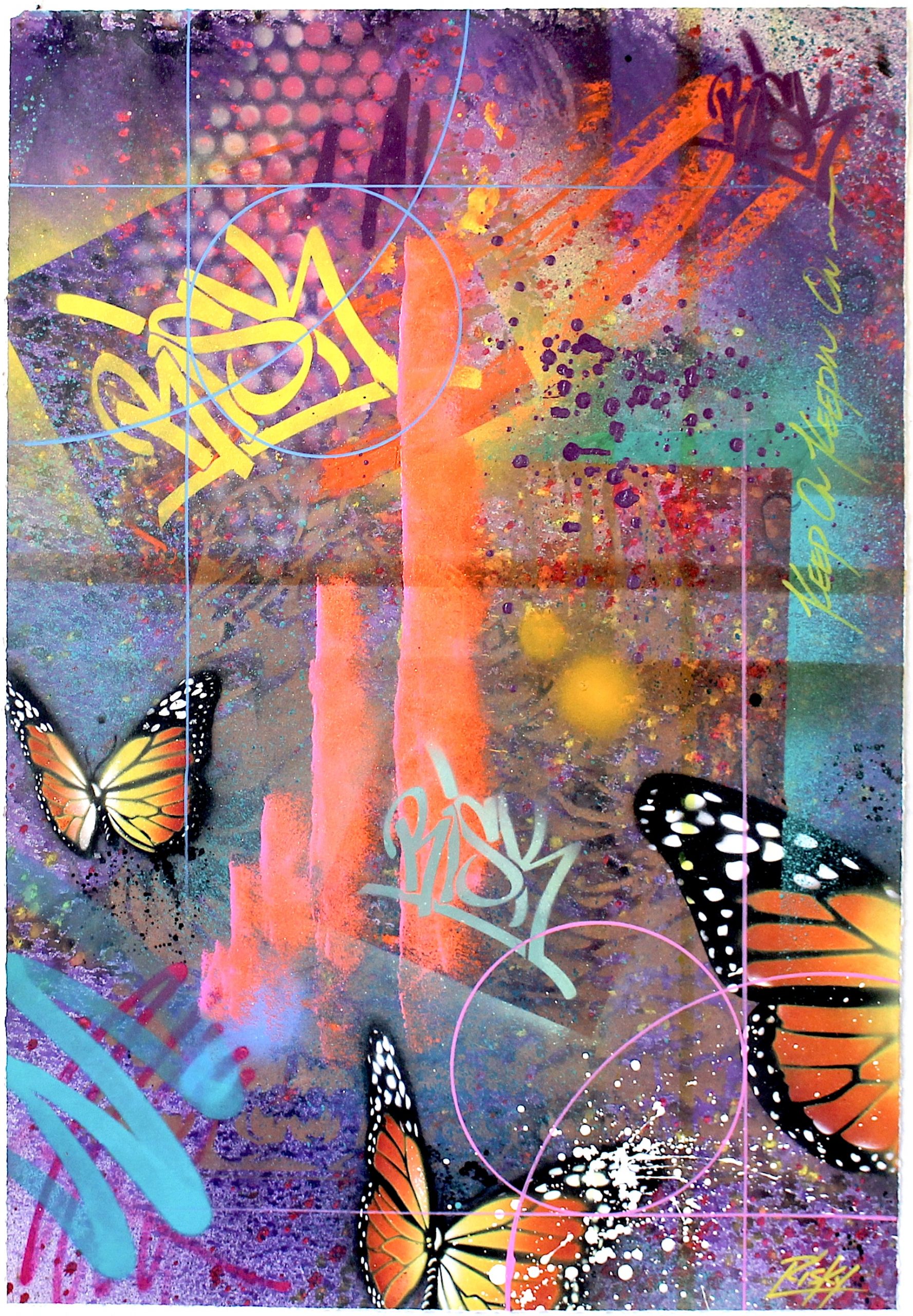 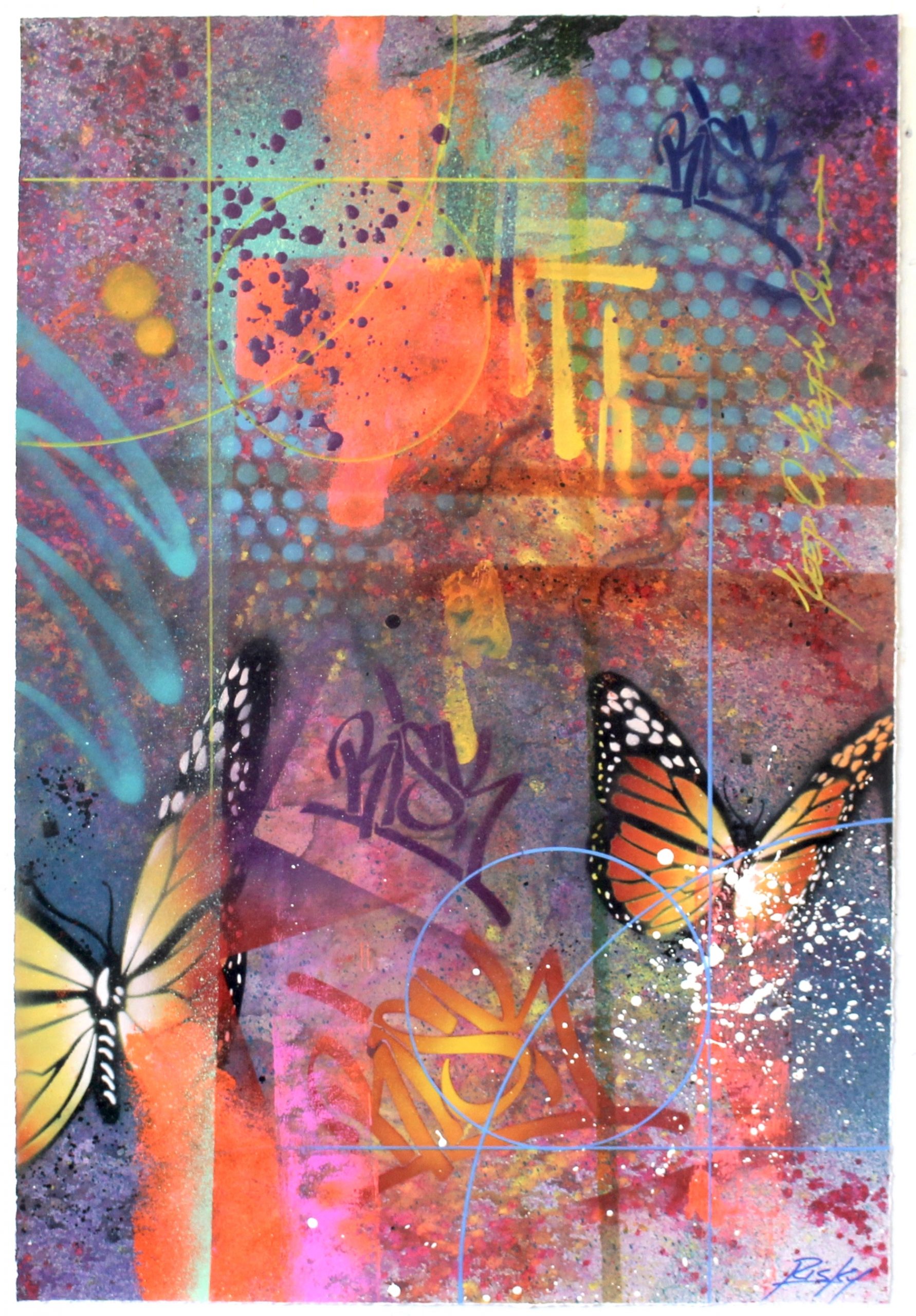 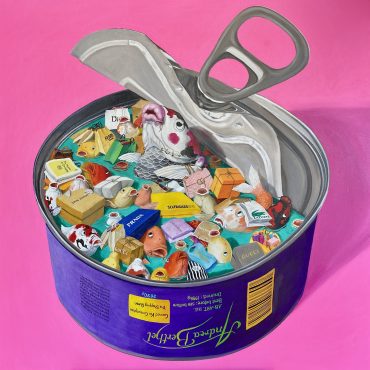 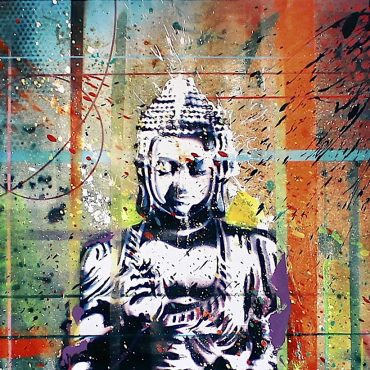