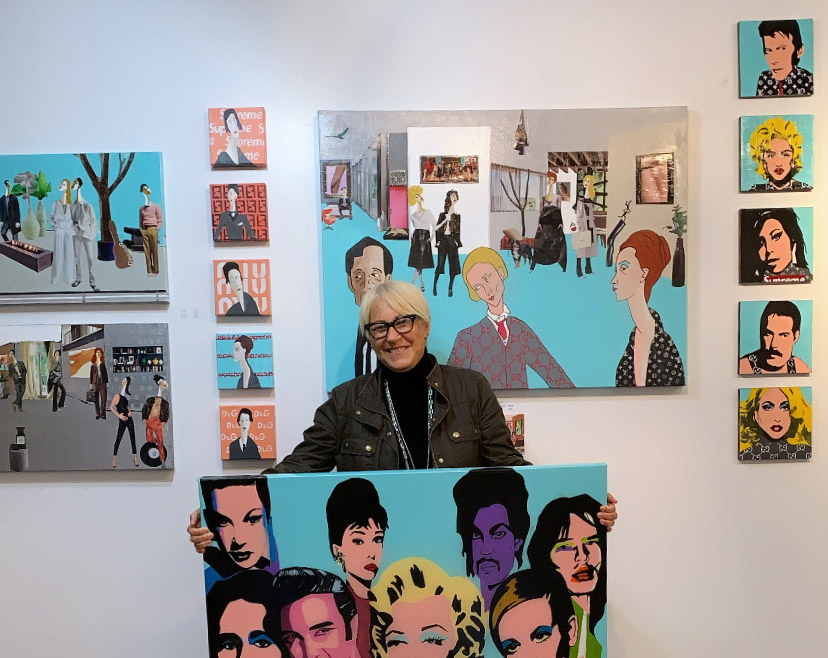 Jackie Fuchs was born in Brooklyn, NY, in 1958. As a young adult Jackie began a long career as a salon owner, colorist and stylist in Manhattan. In 1986 she moved from New York to Provincetown, Massachusetts where she lived for 13 years immersing herself in the artist community and began developing her lifelong interest in the creative process.

Being a late bloomer had its advantages, having quite high school at age 15, she returned to school and obtained a BFA in Art Education, Film and Psychology, at the University of Massachusetts in Amherst. She followed that with a Master’s degree in Education, at Smith College and began teaching Art and TV Production in NYC. In 2002. Fuchs moved to Sag Harbor, with her wife and new baby, opened four hair salons, while continuing to teaching art, clay sculpture, and hosting retreats focused on spiritual growth. Currently, she teaches her workshop titled “Get The WOW NOW” at major art fair setting in various locations throughout the country.

Four years ago, she went to the Barnes Foundation in Philadelphia, which sparked a new creative interest, she began to explore paints and collage materials as a result. This prolific artist now draws on her years of talent, color theory and imagination to produce highly collectable pieces of art. Her new work is fueled by a whimsical instinct that evidences itself in uniquely imagined pieces that might best be described as freeze frames in a movie set or a chapter in a book. 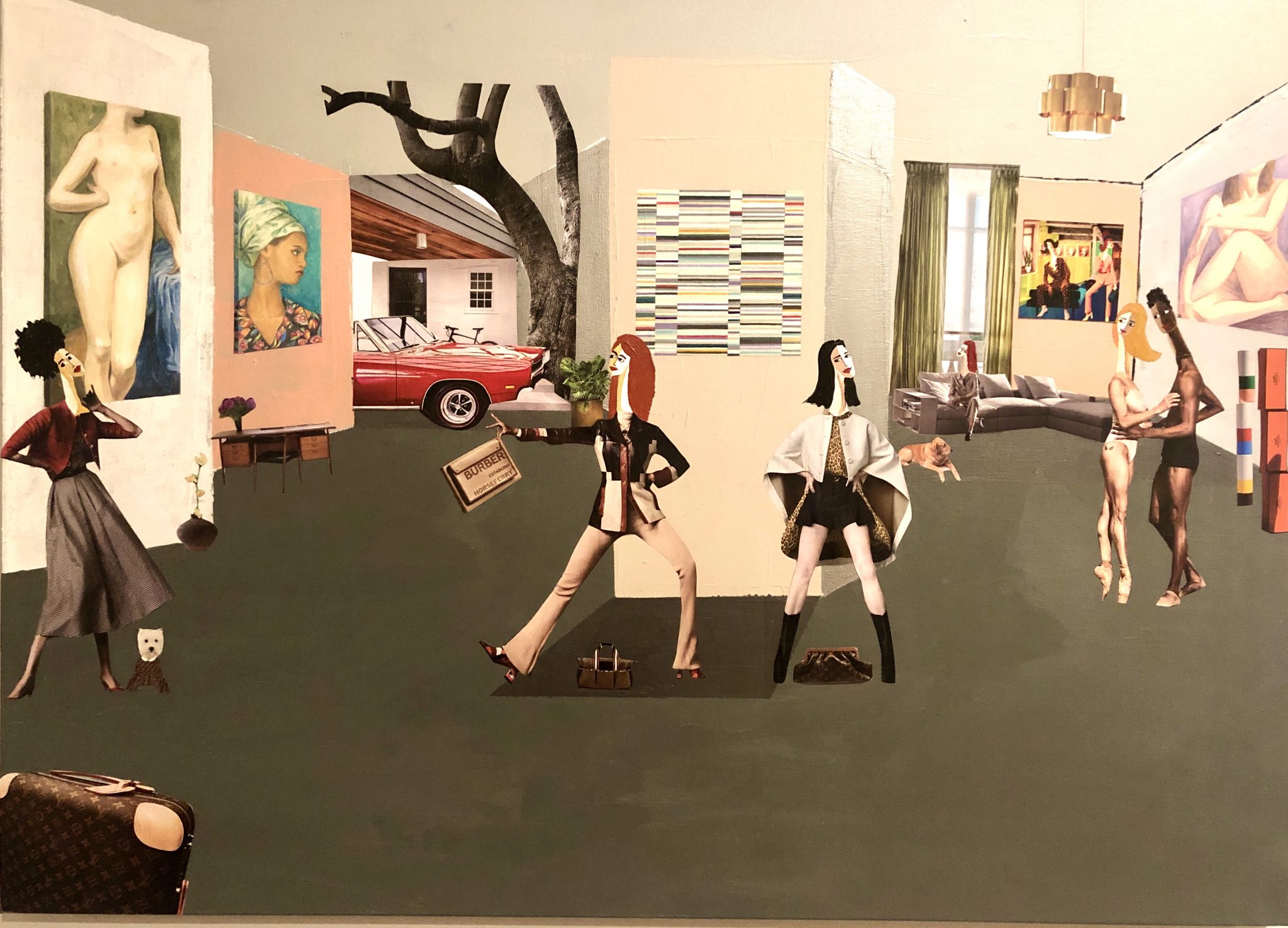 Dog in the Fendi Dress 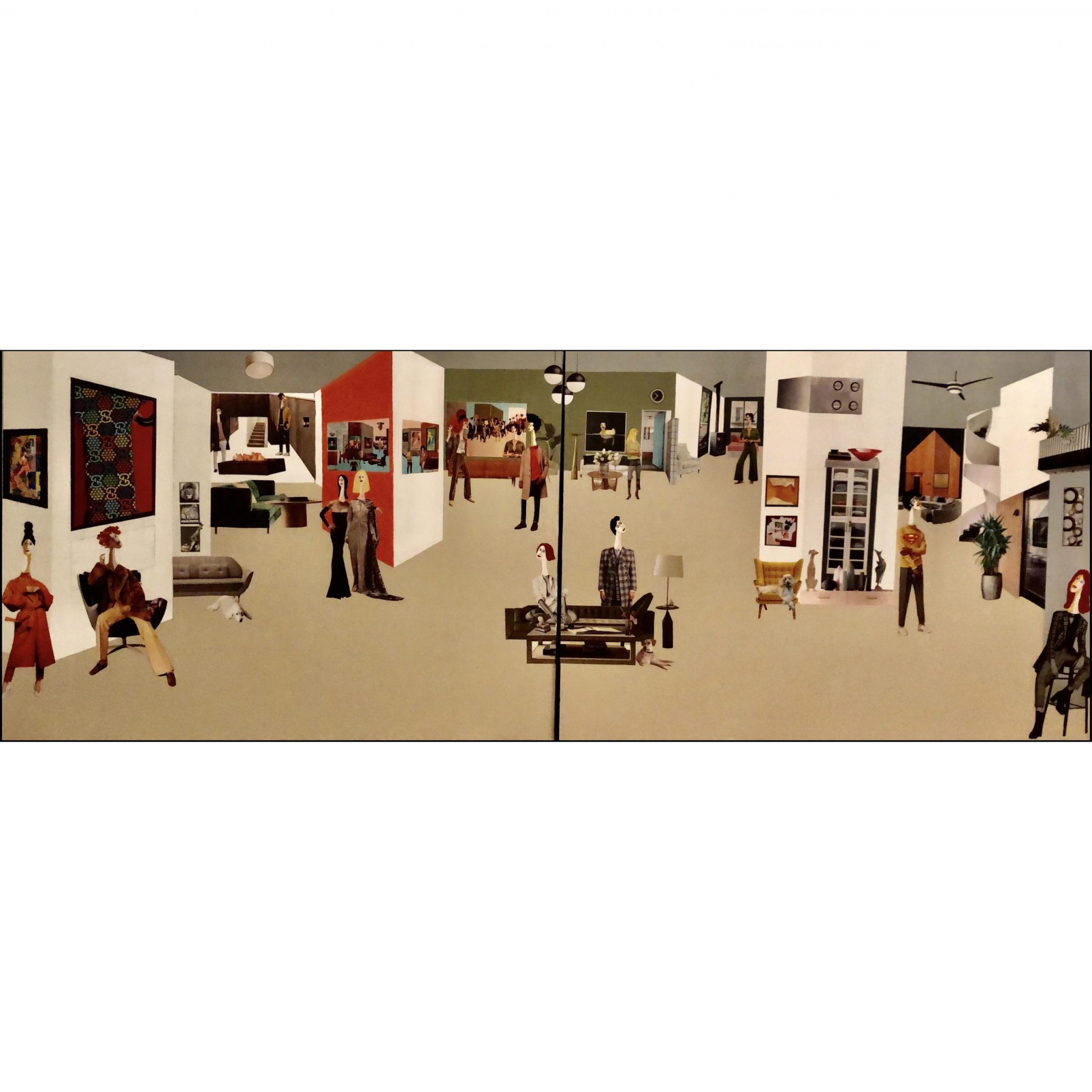 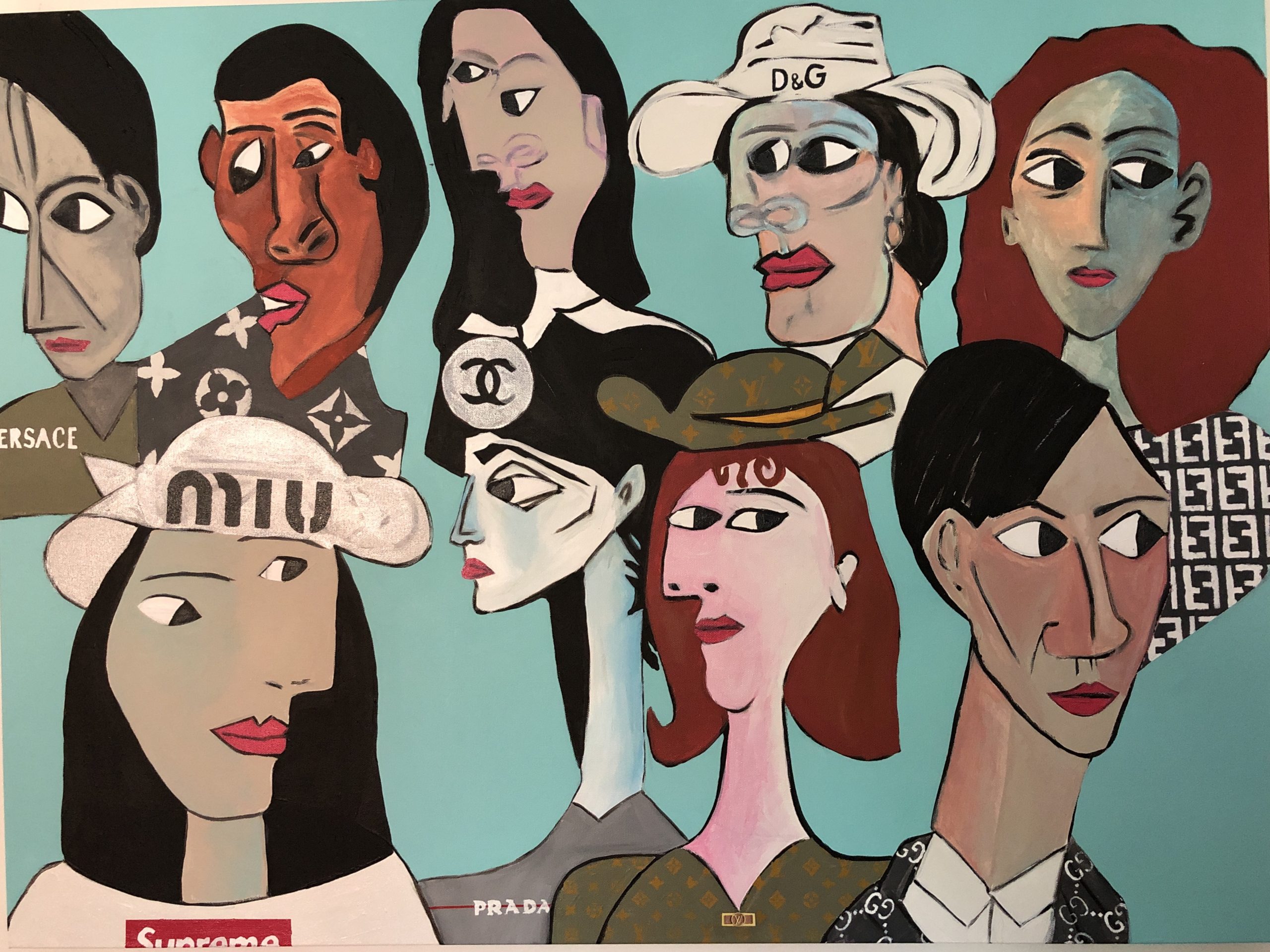 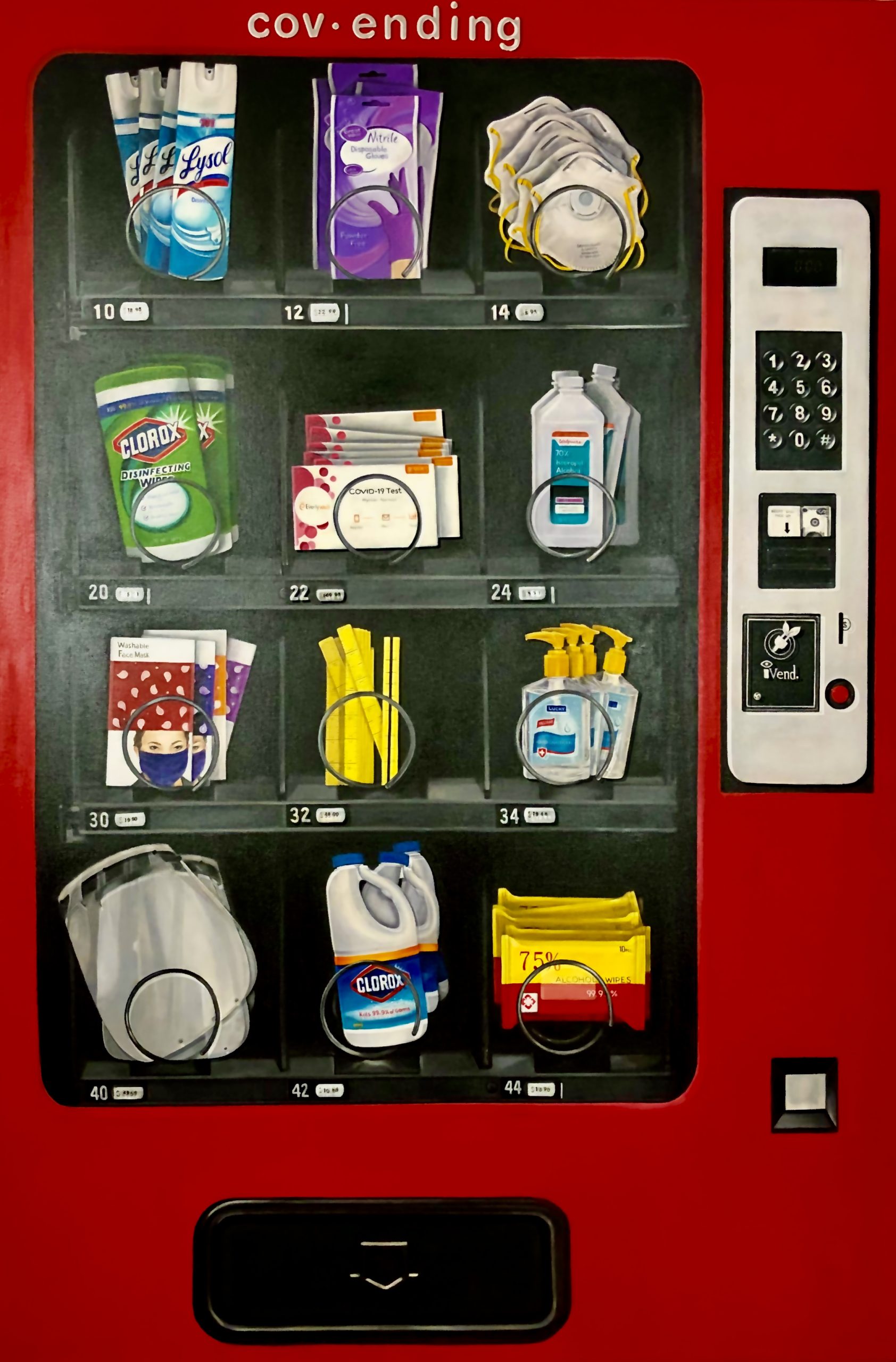 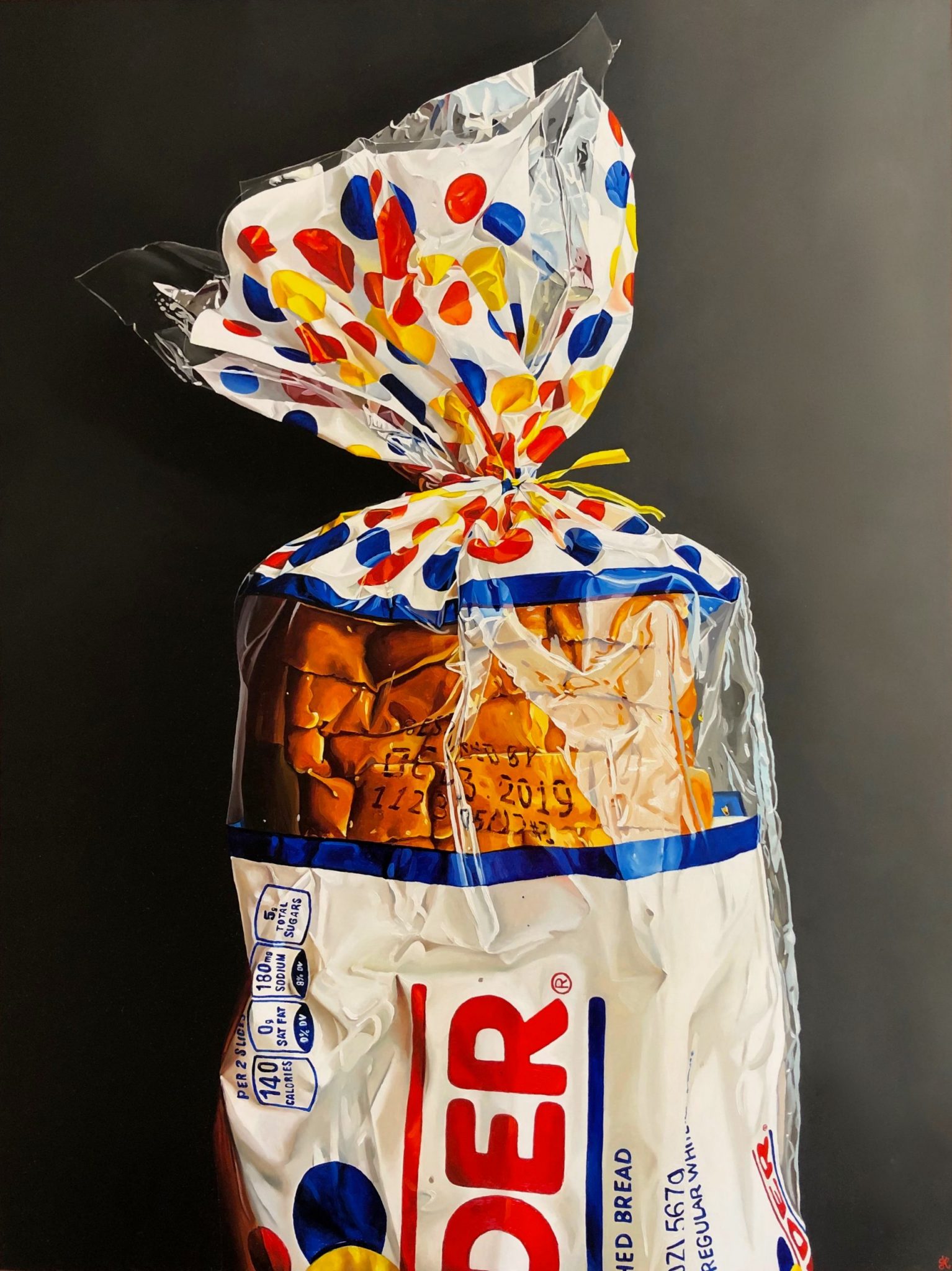 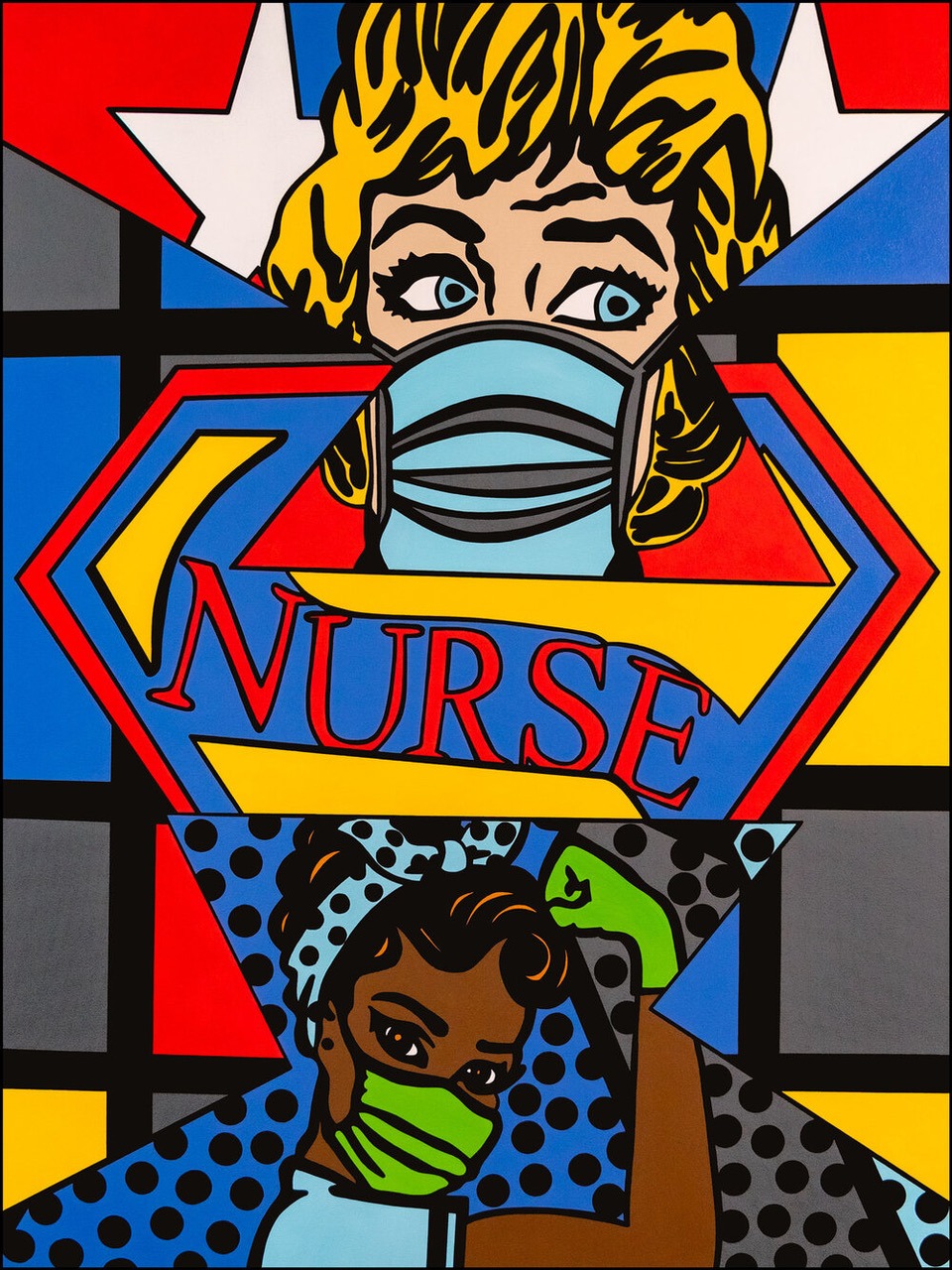 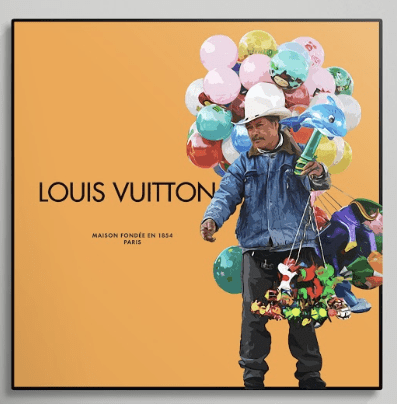 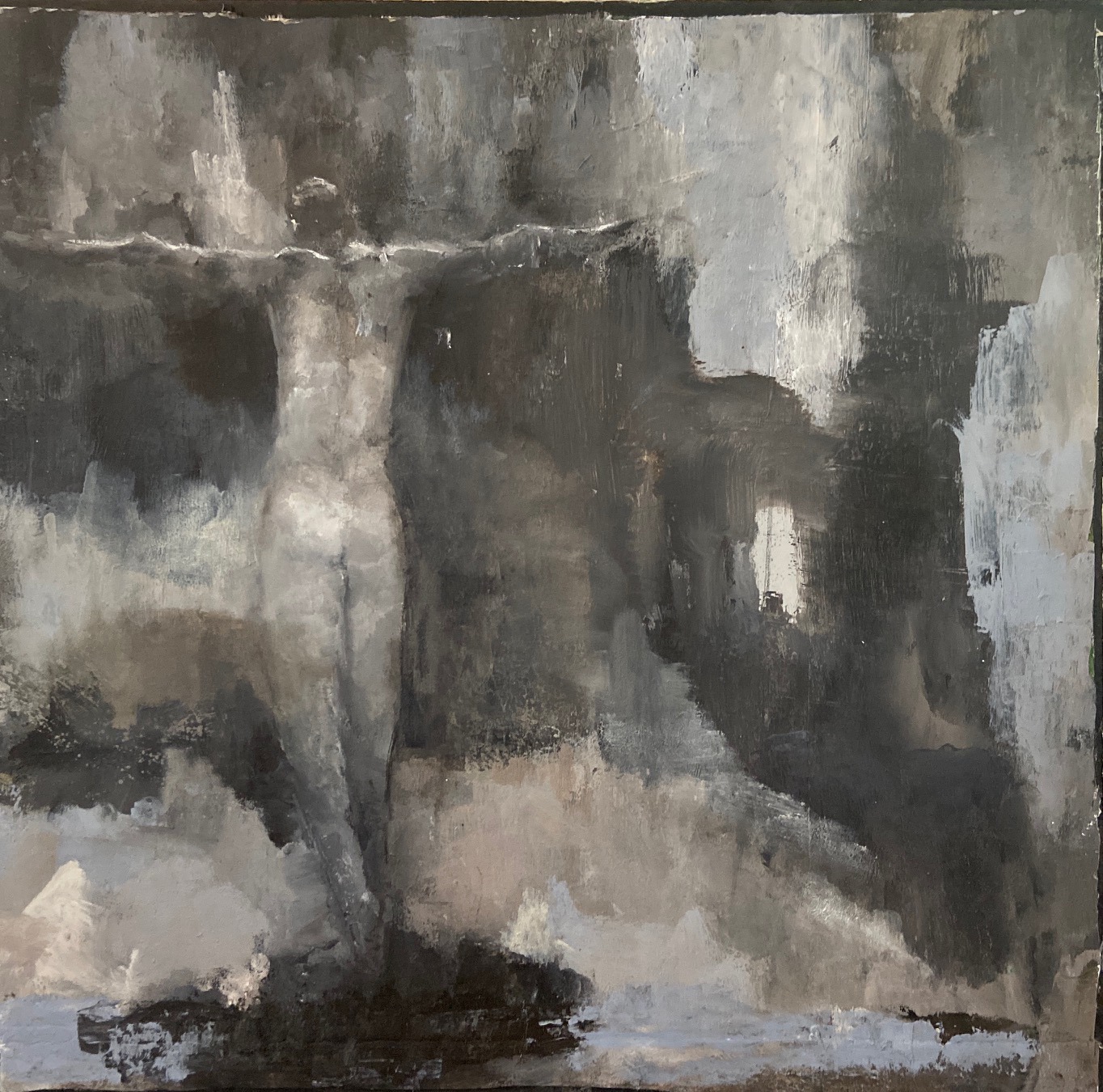 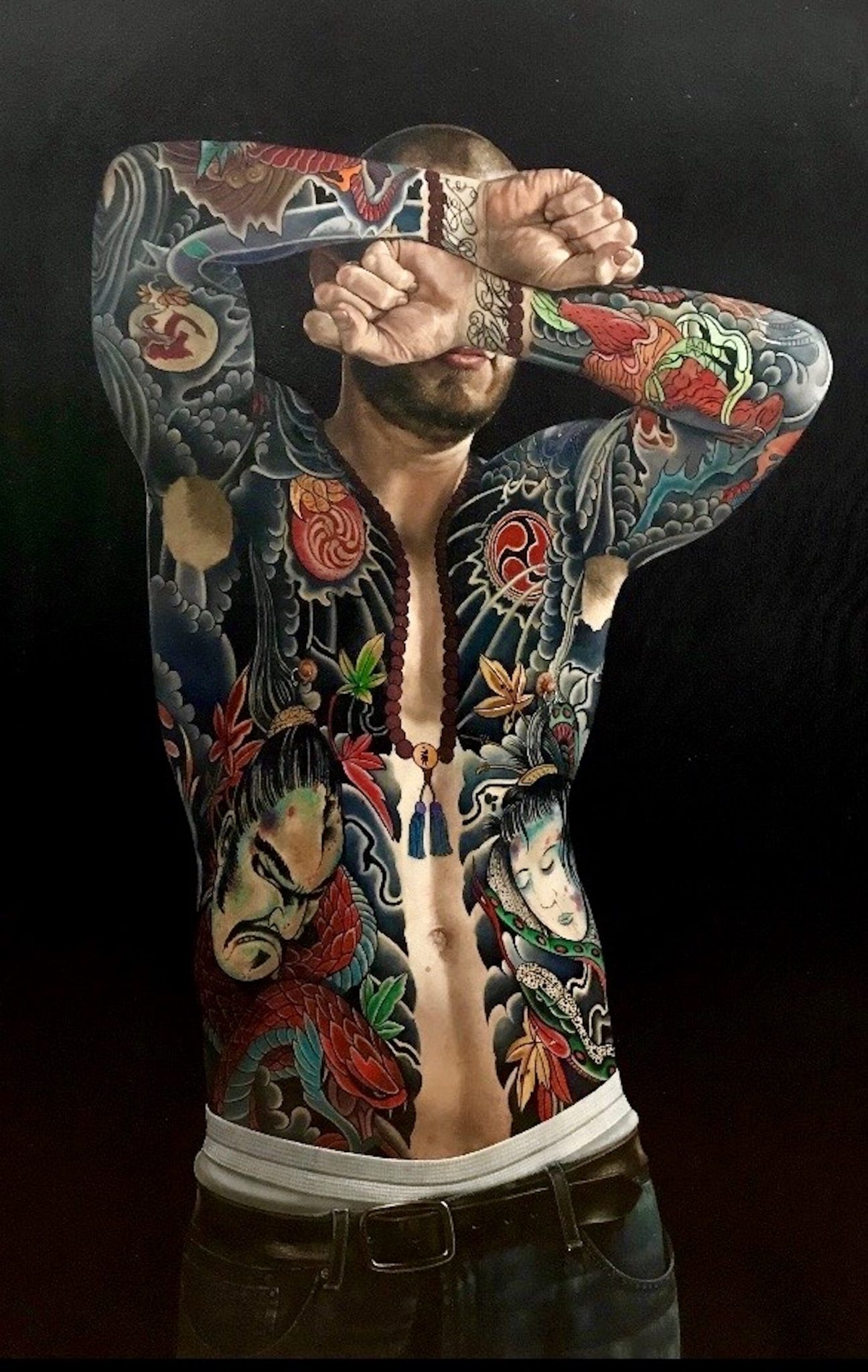 In addition to being a very collected artist, for the last 3 years, Ms. Fuchs created “StudioJackie.com”, became a very successful art curator, artist’s rep and gallerist. She shows in her award winning Art Fair booths, Pop-up galleries, and to private collectors. 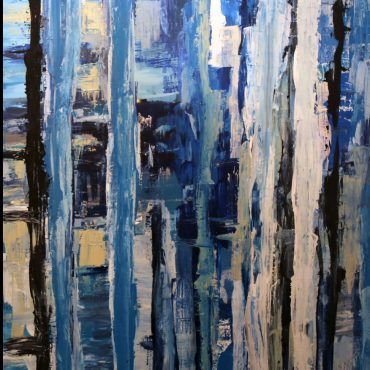 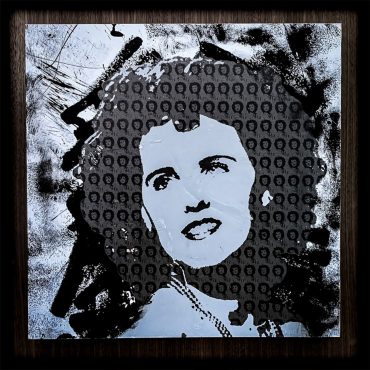 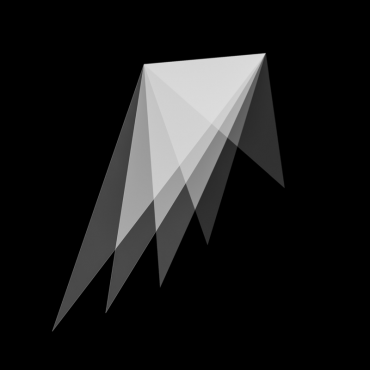