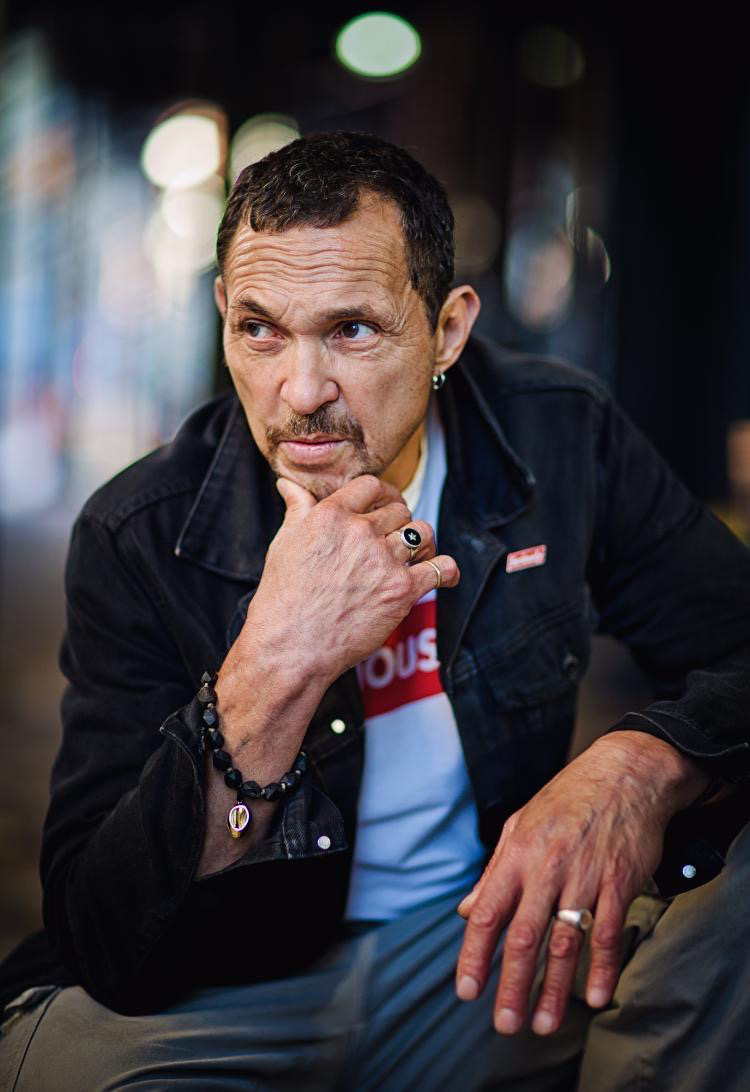 Al Diaz’s creative career spans five decades. Born of Puerto Rican descent and raised in New York City, by age 15 he was an influential first-generation subway graffiti artist known as “BOMB-ONE.” His friendship and artistic collaboration with high school classmate Jean-Michel Basquiat on the SAMO©…graffiti writings, (an avant-garde social critique), has been noted often in contemporary art history. The SAMO©… legend has become a globally recognized graffito and has been celebrated as cutting social commentary throughout contemporary art history.

Diaz’ contributions to the cultural renaissance of the East Village from that period also include musical percussion and performance art, and have made him a key member of a celebrated artistic community that continues to influence and draw interest.

Today, Díaz’s creative practice includes gathering the standard “WET PAINT” signage used throughout the NYC MTA, and cutting them up to create clever, poignant anagrams. His work has been shown, privately collected, and archived internationally. He is featured often in publications, recordings and films, and has been a highlighted speaker for a variety of panel discussions at universities and museums. A notebook that Díaz made with Basquiat is currently held in the collection of the Yale University Beinecke Library.