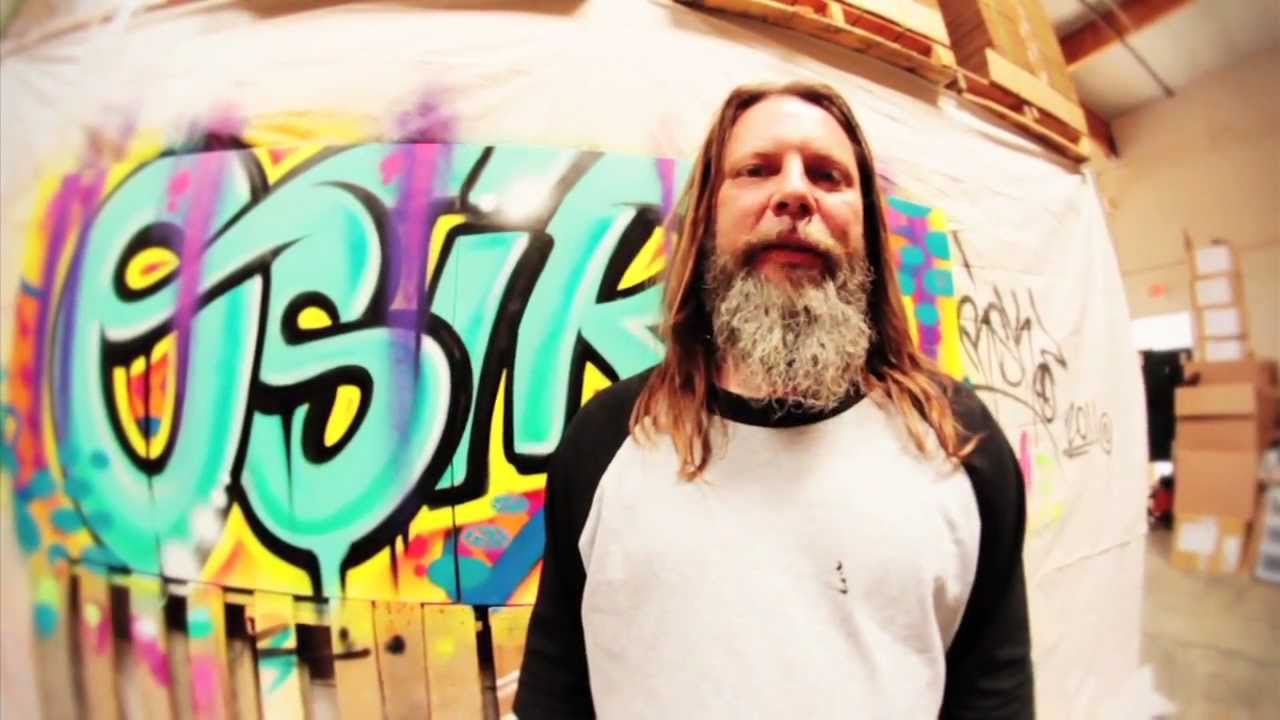 Multi-talented fine artist, sculptor, and graffiti pioneer Kelly “RISK” Graval has been synonymous with the Los Angeles art community for decades. With a career spanning over 30 years, Risk has solidified his place in the history books as a world-renowned graffiti legend and contemporary artist. From his early days as a founder of the West Coast Graffiti movement to gallery and museum exhibits around the globe, Risk has transformed from a street artist to a rising star in the contemporary art world. His work has been shown in top galleries in LA, San Francisco, Toronto, New York, Miami, and London. His work has also been featured in major museum exhibits including the 2012 “Art In The Streets” at the LA MoCA and the hugely successful “Beyond The Streets” exhibits in Los Angeles and New York.

While he has been busy with projects all over the world, RISK took on a massive mural project for the Quartyard in San Diego’s East Village in April 2019. Scheduled to coincide with Quartyard’s birthday and the launch of Arts, Culture & Creativity Month in California. RISK painted a 6,000 square foot masterpiece which was completed just in time to celebrate the Quartyard’s 2019 Block Party.

RISK recently collaborated with long time friend and musican, Travis Barker, to create a series of 33 unique pieces of art. Each piece combines Barker’s DTA imagery with RISK’s iconic color, splatter paint, and themes. The original art and limited edition posters are available at Maxfield’s Malibu location — and displayed floor to ceiling, in a style that gives tribute to the visual created by bill postings and graffitied walls.