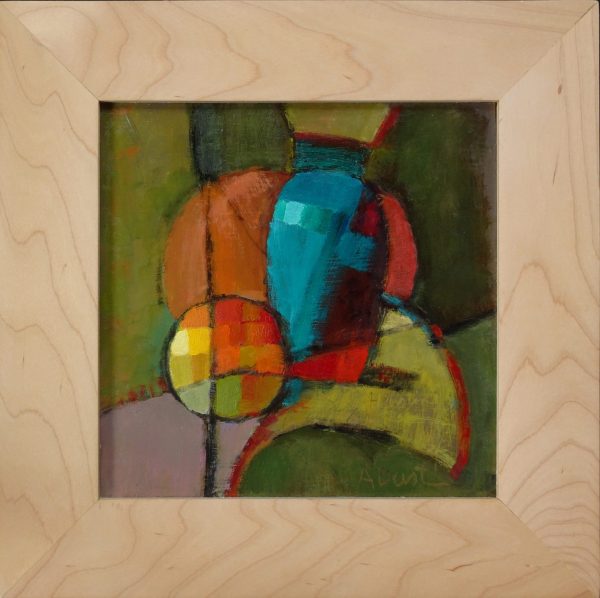 Alice Dustin has been showing in galleries since 1999 in her home state of Pennsylvania as well as neighboring New Jersey, Delaware, and New York.  She has also shown in galleries in Connecticut and Florida and in France.

Before focusing on painting, Dustin was a teacher and taught both French and English as a foreign language to every age level from nursery school to university, and from private school to inner city students.

Dustin has also challenged herself with physical activity starting with judo in her 50’s, moving onto circus school, and now continuing with partner acrobatics.

She is a grandmother to six and has written and illustrated over 200 early readers for her grandchildren.

Her education began with a Bachelor of Arts from Mount Holyoke College and continued with a Master of Arts from Harvard University, and a Doctorate from the University of Pennsylvania.  Her major subjects being French and Education.  She did spend her Junior Year in Paris where she took art appreciation classes held in the museums of that city.

The small painting on exhibit represents Dustin’s expression in its use of color and its subject matter as well as materials.  The underlying thread of her work is a reaction to her surroundings in that she paints from observation albeit filtered through her use of paint and, as in this painting, imagined space.  Her work is always done in the alla prima method even when painting over old paintings.  Each new painting is a one sitting exploration.  Dustin paints exclusively in oils, dealing with still life, nature, and the figure.  Many of Dustin’s paintings are at a larger format, objects still at life size.