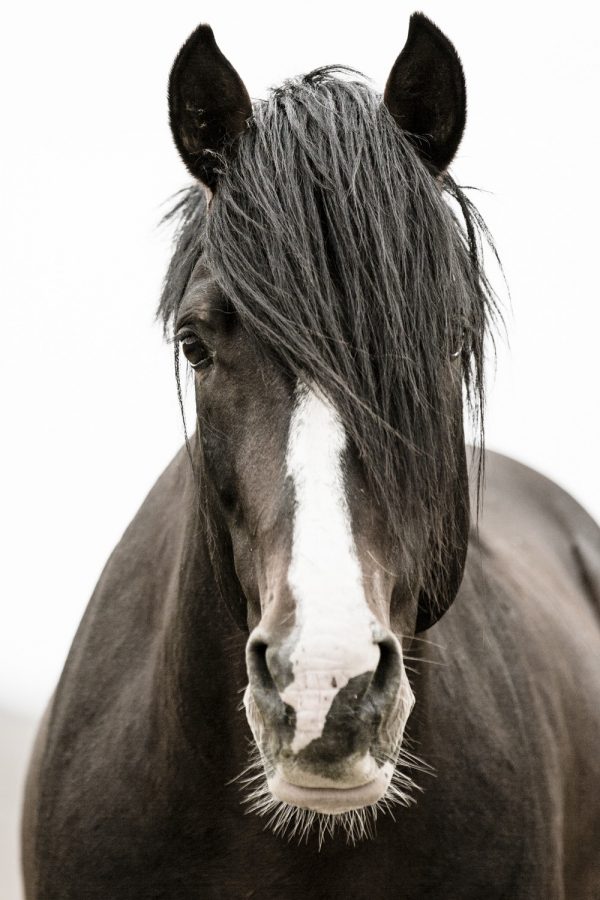 Amante  (Fiery lover), is a beautiful Cerbat Stallion from the Cerbat Mountains. The Spanish Mustangs of the Cerbat Mountain area of Northwestern Arizona are some of the purest Spanish descendants in the United States. With far less than 70 now living in the wild, he is a rare find.

This handsome and bold stallion had wandered off his range several times and managed to break into a neighboring ranch taking several mares back into the hills with him. He was then captured and held in a government corral in Kingman Arizona. For three years, from his corral, he could see the mountains he called home in the distance. The Bureau of Land Management wranglers tried to domesticate him in the hopes this unique horse would be usable as a mascot.

The story goes that he put all 3 men in the hospital. He was put up for bid in an online auction when a compassionate supporter of Return to Freedom Sanctuary  was moved by his plight and acquired him for release at the sanctuary. He arrived at Return to Freedom in 2003. His estimated date of birth is 1998.

Tori Gagne’s equine images celebrate the magical world of the horse, there is something very special and spiritual about standing in the high desert in complete silence experiencing the vast US western lands, the land of our beloved wild horses. Tori shares her experiences with wild horses in the wild and in sanctuaries through her soulful photographs in hopes that she can help you bring a bit of that visual magic into your everyday life. Imagine seeing into the soulful eyes of a wild horse every day, she can’t think of a better way to enhance your interior spaces!

She has a special affinity for wild horse photography and is happiest on a dirt road in the western states seeking herds of wild horses to photograph. She has exhibited her work nationally and internationally. She has received International awards for her work and has works in private collections nationally and internationally. She currently resides in her hometown of Orono, MN. 10% of proceeds from selling her equine work is donated to organizations involved in the protection and education about the plight of the wild horse population in the western US.