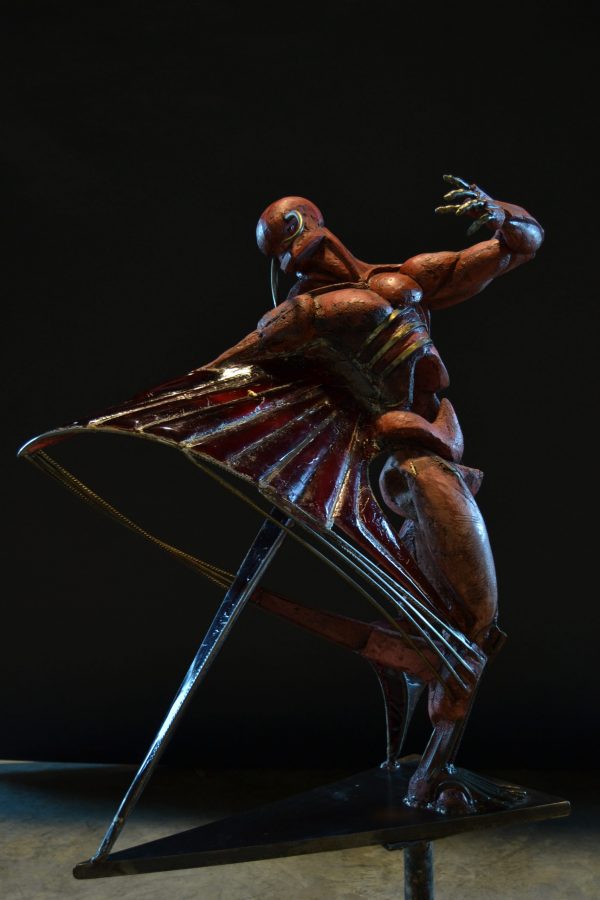 Jesus Gonzalez de la Vega was born in Torrelavega, Spain on November 10, 1962. As a child he modeled any soft material that fell into his hands; clay, crumbs of bread from his sandwiches or fruit that would later be eaten. Something he always carried in his pockets were playdoh balls, and he couldn’t stop sculpting them. His first memories are clown figures and the characters of his favorite television series (the chiripitiflauticos).

When he turned 11 years old, he created his first collection of sculptures with no less than 75 works in different materials. His first works were made out of clay, and later cast bronze.
Amongst his first works exhibited is that of Mero the sweeper, a figure known to all in Torrelavega back in the 70s, today this piece can be visited and seen at The Gardens of Pequeñeces. It is a realistic and small piece that reflects the physical defects of the street-sweeper.

De la Vega began his studies of fine arts in Madrid at the academy of San Fernando but his restlessness and desire to work led him to learn techniques in a foundry workshop and to leave the academy.

His works began to be sold to individuals and public institutions from a very young age, today adorning squares, roundabouts, avenues, gardens, and public buildings in Spain. His creative objectives led him to Los Angeles in the United States for one year (1991), the shortage of means available there were solved by using the cartons of supermarkets as material to create his works. One of his most acclaimed pieces was the sculpture of a gigantic red telephone built from water packaging. When he was becoming known within the artistic environment in the city of film productions, his nostalgia for Cantabria pushed him to return home and today he has his workshop at his house in Puente Avíos.