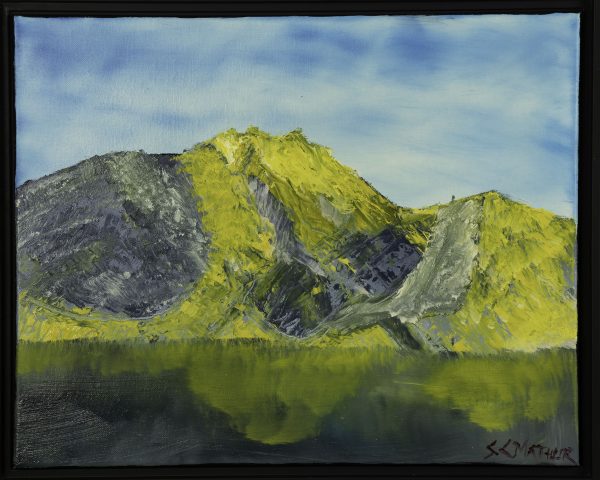 Golden Sunrise off a Mountain

In the Himalayan mountain range, there are certain peaks that appear to be coated with gold when rays from the rising sun fall on them. One of such peaks is Kanchenjunga. It is actually a mountain range consisting of five peaks. The origin of the word Kanchenjunga is from Tibet and it literally means the five treasures of the snows, referring to the five separate peaks of the summit. This painting was inspired from the golden glow from these peaks and does not actually display the five peaks or the surrounding mountain terrain. The focus was to capture the golden glow off the mountain peaks. Finished edges in black. Certificate of authenticity signed by the artist included.