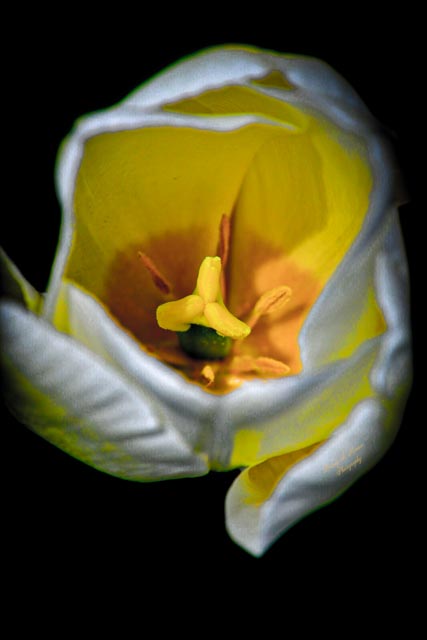 On a summer afternoon, I took the number 2 subway to the World Trade Center.  I had not been down there since 911.

Before 911, I had captured images of the Twin Towers and the surrounding area.  I had worked on Dey Street.

I first captured images of the Oculus inside and out.  The World Trade Center, from various angles was next.

Walking down to Battery Park I found the statue of Atlas holding the world that had been in the plaza of the Twin Towers. It had been damaged in 911 but was still recognizable. I then captured a series of images of the statue and included in some of the World Trade Center in the composition.

Continuing to Battery Park, I stopped and captured images of Ellis Island and the Statue of Liberty.

I then turned my attention to the flowers that were planted in Battery Park.

Open for Blessings is one of the images I captured that day.