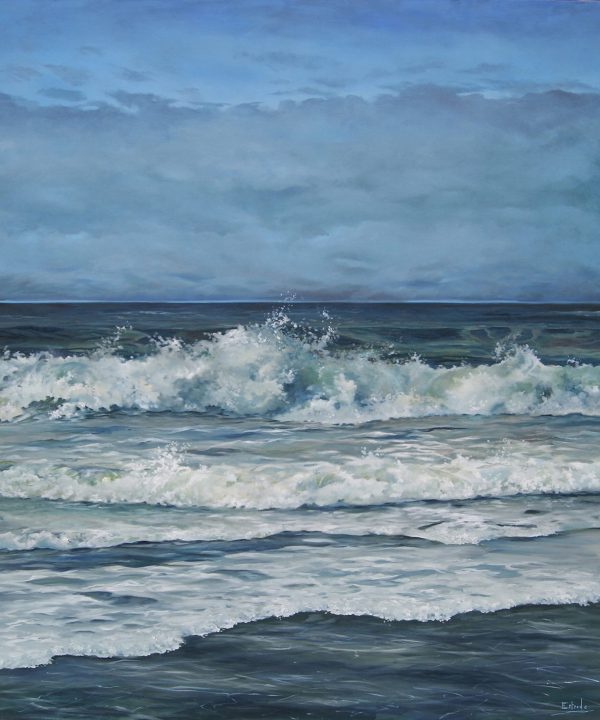 Stephen Estrada was born in 1952. Growing up in Southern California and rural North Carolina. He spent countless hours in the cold Pacific Ocean, exploring the deserts of the American southwest, and rambling the lush Piedmont region and coastal North Carolina. Stephen has travelled often across the United States and in the Caribbean. He still surfs along the Atlantic coast, especially during hurricane season. Stephen studied at the Corcoran School of Art and received his Masters Degree at the American University. He made art throughout his professional career as a museum designer and director and paints full time in his Bethesda, Maryland studio.

Stephen Estrada’s large and small-scale paintings have caught the attention of viewers, collectors and art lovers across the United States. In the words of Washington Post critic Mark Jenkens, “Whatever the scale or technique, Estrada evokes the experience of a nearby ocean’s power.” Visitors to his exhibits often describe hearing and smelling the ocean, and feeling the pull of the tide. The authenticity in his work comes from his lifelong relationship to the sea and his experiences rebuilding communities affected by nature’s awesome power.