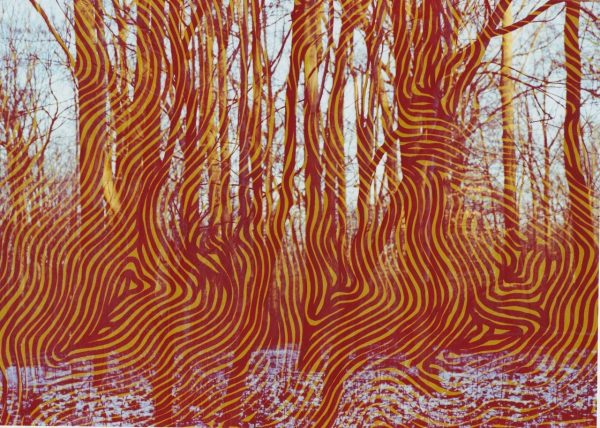 “I have been  involved in the various aspects of art and art production for most of my life.

“My art education includes a BA from State University of New York and an MA from Goddard College, Plainfield, Vermont. In addition, I studied at the Pratt Institute in Brooklyn, New York and the Arts Student league in NYC.

“During the 1950s and early 1960s, I worked and exhibited in the United States. In 1963 I moved to Europe to live and work in Switzerland. I taught art in the American International School of Zurich and worked as an art therapist at the Klinik am Zurichberg. While in Switzerland, I also attended the C.G Jung Institute in Keusnacht and became a Jungian psychoanalyst.

“While I lived in Switzerland, I spent summers in Italy and Greece. My family maintains a home near Spoleto, Italy. Much of my inspiration has come from the life, landscapes and spiritual connections I feel for these places.

“I work in watercolors, oils and photography. Many times a photograph will become the starting point for my paintings or my paintings have become part of my photography, particularly in double exposures. I often paint on photographs. For me, the boundaries between painting and photography have merged. Color, form and mystery are an inspiration and uniting factor in all of my works. In photography I look for that which is beyond what the eye sees in concrete reality.”

“This exhibit is a photographic tribute to Sol LeWitt, a master of Conceptual Art. He died in April 2007.

“When I met him at his retrospective exhibition in the Whitney Museum in New York, he gave me permission and made arrangements for me to spend some days at the museum so that I could photograph his work and create these montages (double exposure photographs).

“This man was generous, modest, a man of principle and utterly focused on his work.

“His work has been characterized as ‘stunningly beautiful!’

“He reduced art to a few of the most basic shapes (quadrilaterals, spheres, triangles), colors (red, yellow, blue, black) and types of lines and organized them by guidelines. His wall drawings, mural sized works, sometimes took teams of people weeks to execute.

“Some of his works are playful geometries in dusky colors which are reminiscent of renaissance fresco painting. Paolo Uccello (15th century), was one of the painters who he greatly admired.

“He was a patron and friend of colleagues young and old. He collected and exchanged the art of many young artists. When the collection became too large for his loft in N.Y., he placed the entire collection with the Wadsworth Athenaeum Museum in Hartford Connecticut.

“Sol LeWitt helped establish Conceptualism and Minimalism as dominant movements in the art of the post-war era.

“He lived in Connecticut and in Spoleto, Italy.”