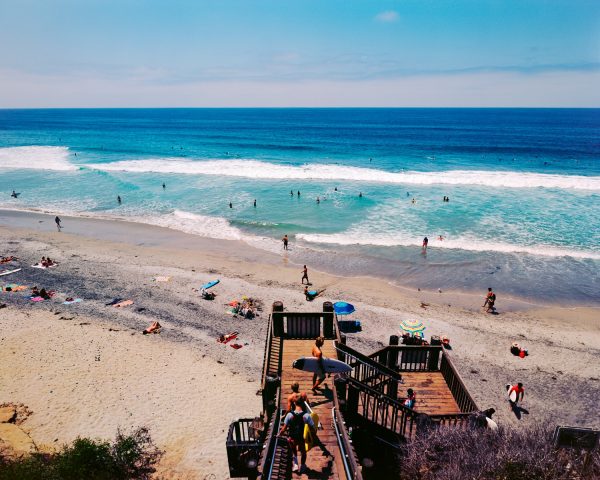 Long, hot, carefree Elysian days, the smell of the ocean and the sound of the waves carried on the breeze. California, 2018.

Jason started photography as a kid growing up in Southern California, hooked by the anticipation of waiting for film to be developed. Those early rolls were spent on landscapes and animals, and later, sports. But then came somewhat of a professional detour for the military. His service in the Marine Corps in the U.S. and abroad crystallized the reality that time is limited, that being a Marine wasn’t his calling, and that he’d rather explore with a camera than in a uniform.

Working with both large format film and conventional digital cameras, he is convinced of the power of the photograph to transport the viewer to an idyllic version of a place. His images of people and places, often dominated by strong color, show that beauty in the world isn’t always abstract or conceptual—sometimes there are literal views of the world shown through straight photography that evoke emotion. The images make you step into the scene and experience that place at that moment to appreciate the beauty, to find out what comes next, or to spark memories of those small moments of worry-free happiness that become fleetingly rare with age.

He’s also extremely fortunate to have learned photography before phones became people’s dominant means for taking and consuming photographs. This upbringing cemented his belief that viewing a physical print is where the true power of the photograph is conveyed.  He now works at every stage in the process with the end print in mind, whether that is a photographic print on light-sensitive silver halide photographic paper or made using the latest giclée print technology. The end result is finished photographs of uncompromising quality and maximum visual impact.