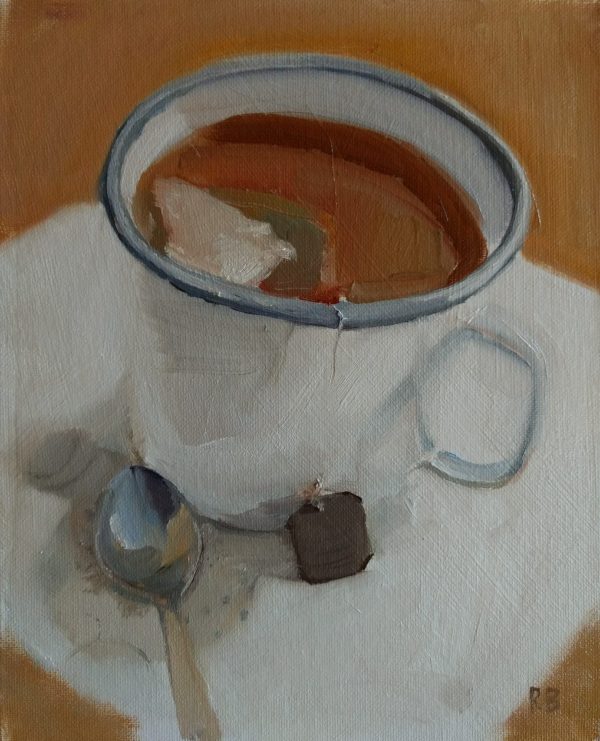 She chooses subjects which have entered her everyday world; mainly people and seemingly commonplace objects, turning them into extraordinary images. She sees portrait painting as an opportunity to offer a glimpse into the lives of others, exploring themes such as identity, culture, power, and ultimately the creation of today’s world by its central aspect, human beings.

An enigmatic stillness accompanies the paintings, and the use of fluid brushstrokes and lighting enhance the sculptural, three dimensional aspect of her subjects. She has a longstanding interest in the paranormal and the possibility of other realms; other subjects which are also evident within the paintings are transitory states of existence (melting, freezing, evaporation), and time, described by the very act of painting which encapsulates a point in time through a history of brush marks.

Rosemary studied at Chelsea School of Art, London, gaining an MA in fine art. She is also an accomplished classical pianist.