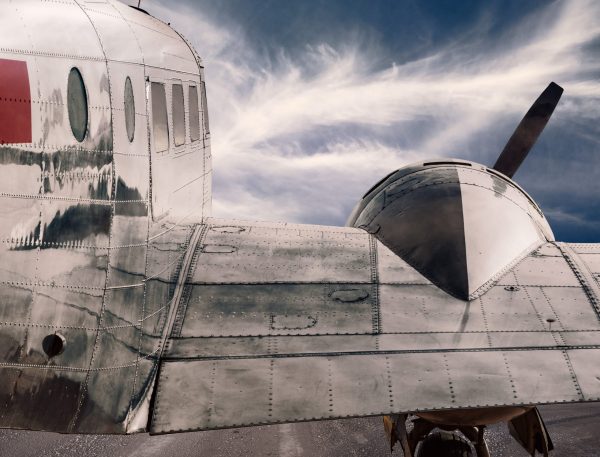 I always knew I was going to join the military. I’m a sixth generation first son and all my fathers were in the military. No one ever said I had to join, but I knew it would happen. As a child, if I was lucky enough to get a window seat on long drives I’d stick a Sprite bottle between my legs and pretend I were a pilot while I stared out the window at the sky. The inside of the car would become my cockpit, the bottle my control stick and I’d fly my fighter jet over the trees and between cars.

Instead of pilot or flight crew I ended up building and maintaining the bombs and missiles that defend our country. I still got to work around fighters and bombers I imagined as a kid and the wonder still captivates me. Today, I can’t afford to let my imagination venture so far afield while I drive.

Like all of my work, the collection is a combination of what I saw there and what I imagined afterward. My love for aircraft and my love for big skies are combined here to create the three works in the Skyward collection.