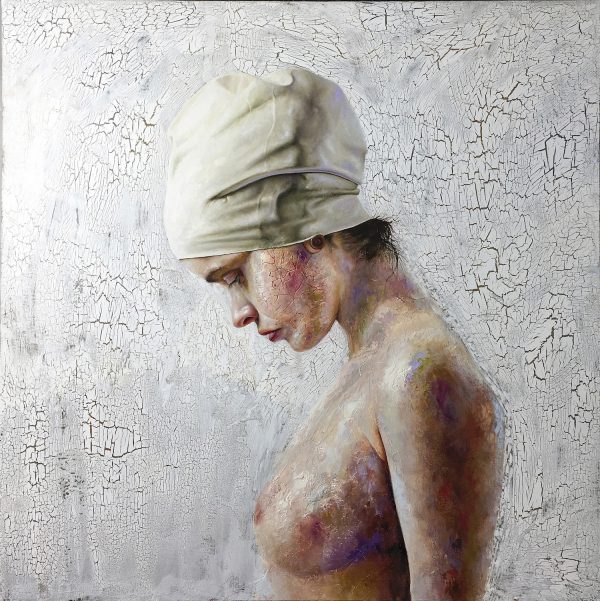 Anton Franz Hoeger, born 1956 in Munich, is now living near Dallas, TX together with his wife and muse. His artistic roots go back to the Viennese School of Fantastic Realism. A master student of Prof. Ernst Fuchs taught him. He was never interested in the “uniform” painting at the art academies. He always wanted to do something different.

His breakthrough came with his solo exhibition at the Museum Meštrović-Pavillon Zagreb 2017 (HDLU), and the honorary prize for one of the most successful and best exhibition.

His motto for art is: “I am a realist through and through, apolitical and not moralizing. This realism, which tends less to represent reality than to establish reality, rejects any emphasis and any dramatic sensation or satirical intention in a work of art.

They are authentic creations, separate from the abstract and from what could be contemptuously described as illustrative. The supposedly realistic pictorial designs are not simple representations of a depictable reality, but always reconstructions that transcend mere experience. I try to represent the found or invented motif in such a way that as an artist I give the viewer the feeling of encountering a new reality that has more weight than just an image.”

Modern artists, such as Francis Bacon, Andy Warhol, Jasper Johns or Sigmar Polke not only influenced his development, but were also partly interpreted in his work.

Anton Hoeger’s work should be seen as a part of creative and indicative actualities of our time. In that sense, the deciding factor in his artistic creation full of imagination is not one’s own experience as a consumer of art, but the processes that depend on cognition, which are shown as the essence of truth in modern philosophy.

Anton Hoeger is a winner of many international art prizes and his works have been exhibited in numerous cities around the world.