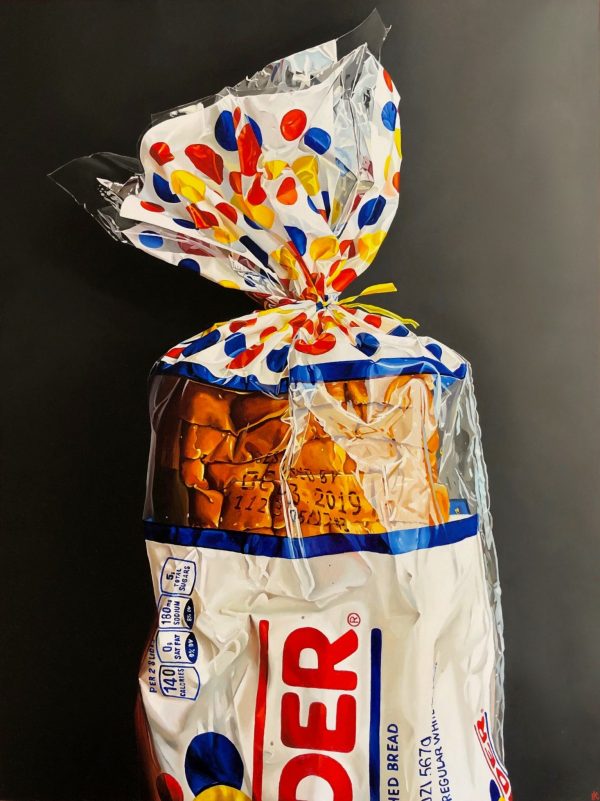 Jacinthe Rivard lives in a little town just outside Montreal, Canada. She found her painting niche in 2017. She had been painting mostly portraits for years. One day, she painted a 6 pack of Coca-Cola. She was overwhelmed by how well people responded to it, so she started painting more objects from her youth.

She realized that a vintage telephone could bring a range of emotions. Like that first love, sitting by that phone waiting for him or her to call.

A water gun can bring back memories of younger days, playing in the yard on hot a summer day. It also calls to the younger generation; old stuff is so vintage and different!

She also loves to paint food items. Food also makes people happy and her art is all about that. Making people happy, sometimes it’s a quirky title she gives her painting that puts a smile on their face.

She paints in oil, from pictures she takes herself. She can spend many hours behind her camera. It’s actually quite exhausting to try and make water droplets stay on a Perrier bottle or to make three donuts balance on top of each other. When you see her paintings in real life, you realize that although they look like photos they are anything but! You can see brushstrokes and so much texture. It’s hard not to touch them and “feel” the painting.

She has sold her paintings internationally and has won many art contests. Her art has been published in magazines even making the cover!