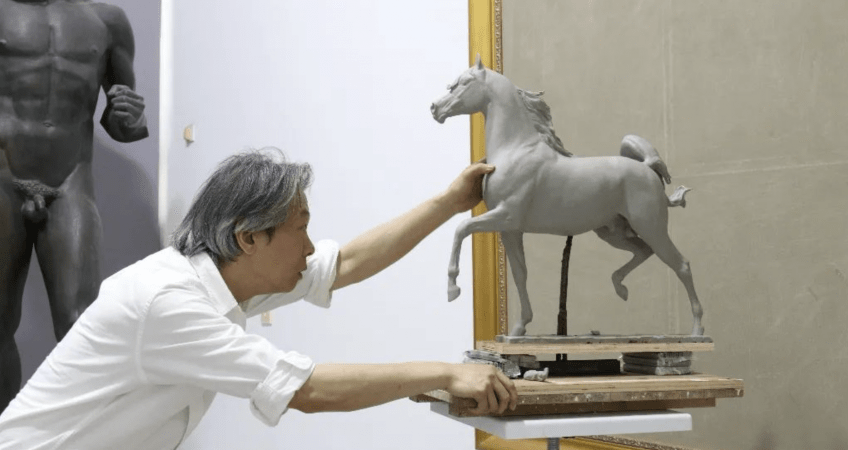 Yang Dong is one of the world’s leading sculptors. Born in Tianjin, China in 1967, and currently resides in Los Angeles. His work depicts a variety of subjects including animals, people, and abstract artworks. His sculptures have been exhibited throughout China and around the world and have garnered him numerous international awards. 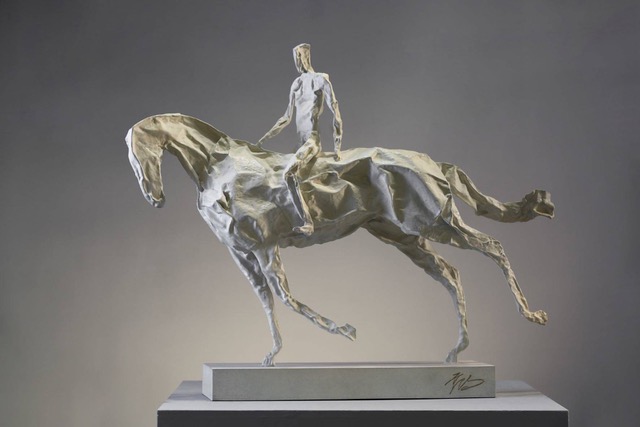 Yang’s fascination with animals and artistic talent were evident at an early age. As a young boy he often closely observed horses, bulls, and birds, and admired his grandfather’s collection of European sculptures and photographs. These inspired him to make little models of animals out of plasticine. In the coming years Yang participated in various competitions including the Finnish International Children’s Art Competition and won a number of awards.

As a young man, Yang attended the Tianjin Academy of Fine Arts and after graduating in 1990 enrolled in the Central Academy of Arts in Beijing for training. The head of the sculpture department at the time was the famous artist Mr. Qian Shao Wu. Recognizing Yang’s extraordinary talent, he appointed Yang as his assistant and they collaborated on many projects together for over 8 years. In 1996, Yang moved to Shanghai and it was at this time that his career began to take off. One of his first notable commissions was the sculpture “Happy Family” located at the entrance of East Nanjing Road, which is one of the busiest pedestrian roads in Shanghai. Another important works Yang created during these years were the pair of lions in front of HSBC Bank. Sculptures “Clock” and “Equestrian – Beyond,” both of which were located in the first and only 80,000-seat stadium in Shanghai at that time. “Racing” 18 horses located in West Yan An Road in Shanghai. “Wondering” was created and collected by International Olympic Committee in Switzerland. 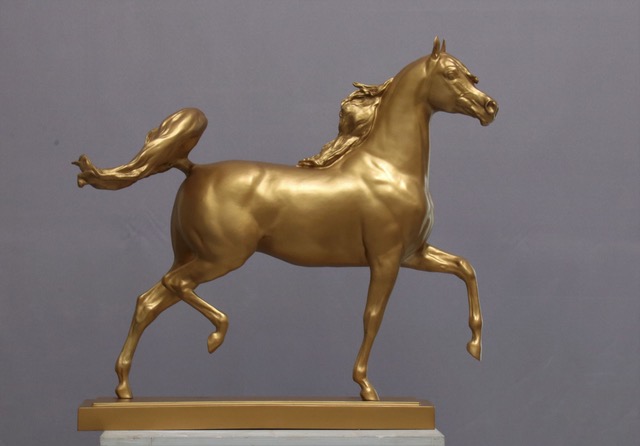 During the last fifteen years, Yang has created over 100 shelf sculptures and 30 commissioned sculptures in many cities’ iconic locations. Of the on-shelf artworks, they have been selected for a variety of domestic and international exhibitions and won first place or second place in many of them. One of the most notable works is “Fortune,” which Yang created in 2009, and was exhibited at the 86th Salon de Antonio in Madrid, Spain in 2019. The sculpture “Whisky” won second place in the animal category of the 16th National Portrait Society in 2020. Sculpture “Afar” won the first place in the American Art Award; also won the honorable mention of the Professional League of America Artists; was invited to Florence Biennale in 2021.

Over the course of his career, Yang has developed his own style that integrates Western sculptural language with Eastern humanistic qualities. His work depicts a clear, rigorous style and logic of Western figurative sculpture with his thought and meditation over years. In short, Yang’s sculptures are a manifestation of his worldview toward life and nature. His work can be found in museums and private collections around the world.