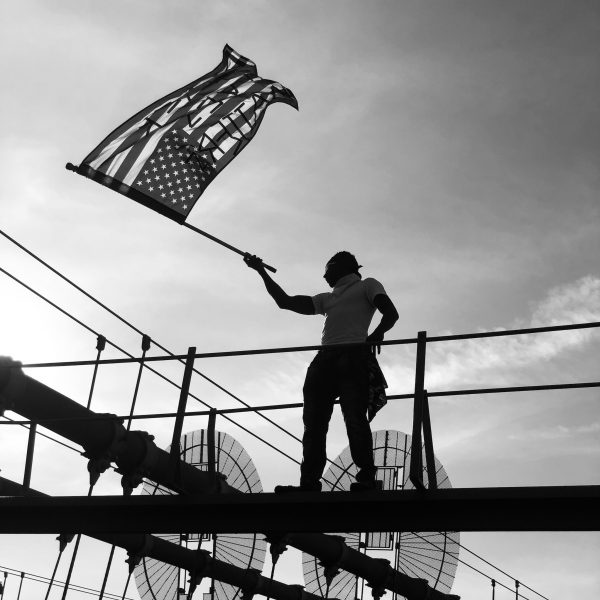 After the tragic death of George Floyd on May 25, 2020 the whole United States was took over by Black Lives Matter protests in fight for Equality and Justice. That was the beginning of a turbulent summer 2020 where New York City experienced hundreds of protests and NYPD was criticized for its brutality. Every Saturday there was a bike protest riding through different boroughs and chanting “Black Lives Matter”. This Justice Ride started off in Brooklyn Heights and thousands of cyclists, dressed in yellow, launched a peaceful ride through Brooklyn Bridge to Manhattan. Suddenly one of the protesters climbed the steel contraction and I captured his expressive waving with the US flag for Black Lives Matter.