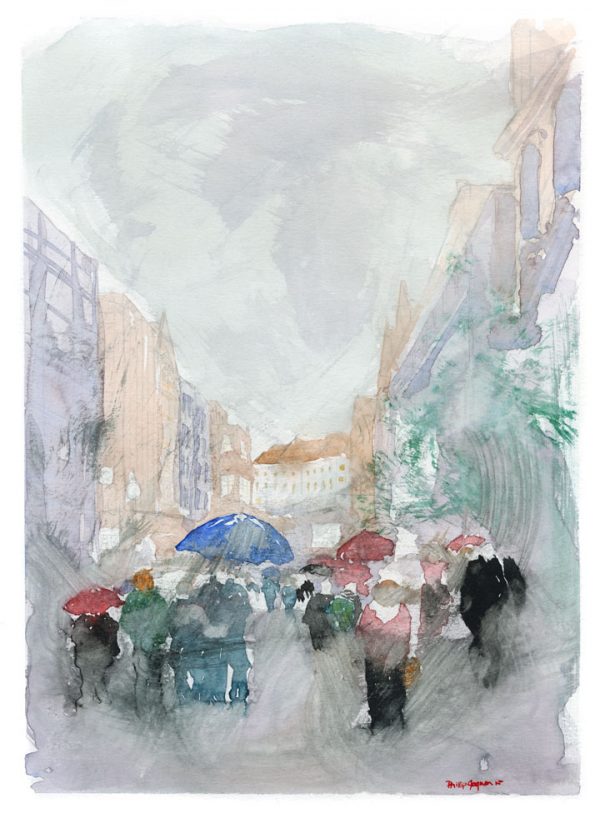 While on a holiday one October with my son in Ireland, we spent a few days in Dublin before moving on to Kilkenny. One day, as it’s not unknown to do, it was raining, but as the clouds receded and the sun shone through, the streets lit up with reflections from the sun, clouds, sky and umbrellas etc. And so, I tried my hand at painting this scene and tried to capture the atmosphere of the scene after the wind died down and the people made their way to the pubs and shops along Grafton Street, allowing the drinks to make themselves known and warm the insides from the coolness outside.