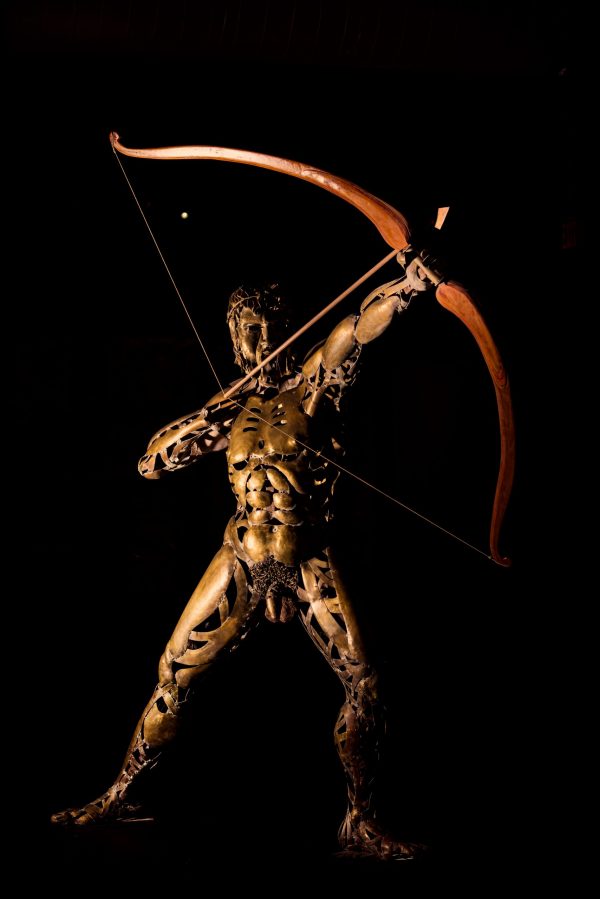 ORION – The Archer of the Skies

Spanish sculptor Fernando Cid de Diego is among Spain’s best known sculptors, engineers, stage and set designers. Cid de Diego came to fame in the 1970’s for crafting mid-century modern brass and copper sculptures, including his world-renowned busts of Greek gods. His first exposure to the arts was as a young boy listening to the conversations between his father, a prominent Valencian lawyer, and his client renowned Spanish artist Salvador Dali. He began carving wood into stunning sculptures at the age of 8, and in his early 20’s, while studying naval engineering he self-taught himself to sculpt and soon after switched careers to pursue sculpting as a full-time profession. By the 1970’s, he was exhibiting his brass, bronze and steel sculptures at art shows worldwide. An entrepreneurial sculptor and designer, Cid de Diego invented “the crane,” a machine that used an electrically heated wire to cut through blocks of polystyrene foam at a much faster speed and for a lower cost, allowing designers to deliver sets and replicas on short notice for clients with tight budgets. A gifted craftsman, today Cid de Diego continues to perfect his designs by combining his two distinctly unique skills in all his sculptures: his innate predisposition for art and the technical knowledge acquired through engineering. Most recently, Cid de Diego released a new collection of sculpture handbags, handmade in collaboration with his daughter, artist and designer Carla Cid de Diego.