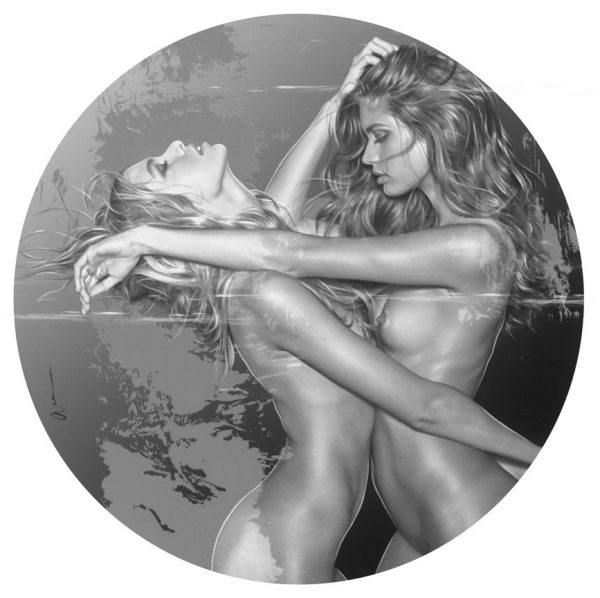 Adam is redefining and painting a favorite and long held tradition in the art world, the still life. Though at first glance there is nothing motionless about these paintings, the series entitled “Good Vibrations” has us looking {dare I say} at the future classics of contemporary still life. This groundbreaking approach garnered with a spiritual reflection also channels 1960’s soho artist Robert Mapplethorpe, known for his  iconic photographs of tulips, Lily’s and a variety of flowers amid a gradient black and white background, along with, his tumultuous relationship with fellow New York Artist Andy Warhol. “The universe is asking…Show me your new vibration, I will show you miracles.”

A two year long muse with Robert became deeper and longer. At odds and frustrated with the fragility and short life span of the subject matter for reference shoots his first attempts on canvas were lacking something  then a understanding began to surface and inspiration took over.
“Everything in Life is Vibration” – Albert Einstein

“What if I were to show that explosive energy using  paint throws of pulsing colors surrounding and emanating of and behind the subjects.” All life vibrates. Everything living moves. All colors and sounds vibrate to a frequency nothing sits idle, four years later the subject matter switched to figurative and the results are breathtaking. The vibration series is evident in every series and like the artist the canvas has continuous movement and good vibrations.