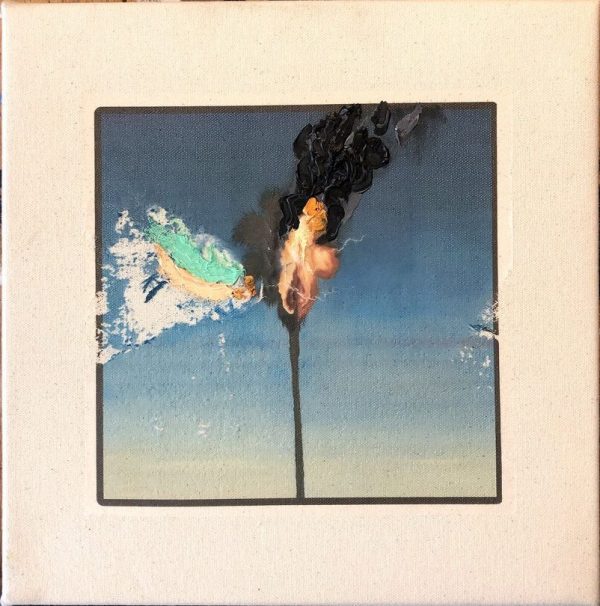 Perry Vásquez was trained as an artist and designer. He lives in the San Diego/Tijuana area and draws inspiration from the region’s bi-national cultural milieu. His father was born in East Chicago, Indiana, into a family of Mexican migrant workers. His mother was born in West Virginia, as a coal miner’s daughter. His parents met in Los Angeles where he was born in 1959. At age 7 his parents divorced and his mother subsequently relocated him and his brother to North Carolina where they took up temporary residence with their grandmother who lived next door to a free-will Baptist church. A Catholic son of Southern California, he was abruptly dropped into a predominantly white, Protestant, evangelical cultural environment where his odyssey as an Appala-Chicano began. Since then he has blended both Mexican, American, Catholic and Protestant cultural influences into his work. He has a life-long love of learning and has degrees in Political Science and Painting from Stanford University and Painting and Criticism from UC San Diego.

Vásquez is co-creator of the Keep on Crossin’, a seminal project in the development of the San Diego/Tijuana border art scene. Vásquez has produced a range of works across different media. Among his other works are The Gates of Heck, inspired by the mythologies of superhero-dom and Rodin’s Porte de l’Enfer, and Under the Perfect Sun, a series of paintings that explore the myths of Southern California and its changing landscape. Vásquez was recently selected to create murals for the new San Diego County Probation Building and has work in the permanent collection of the Museum of Contemporary Art San Diego.